This is a rerun, but it’s an issue I wanted to discuss again.

“No two people are alike, and both of them are damn glad of it.”

Mamacita says:  That’s a quotation; that’s not me saying “damn,” although I frequently occasionally do. I am, to my shame, greatly afflicted with “potty mouth,” and although I managed to control it somewhat while my children were tiny (Thanks to the majestic epiphany),  it’s back, in full force. Honestly? I need help.

But I digress. No two people are alike, but both of them are expected to progress at the same rate by our public schools.

Our children are expected to learn to read and write by a certain age lest they be labeled “special education” and given an IEP and pulled from the classroom to be tutored in the Reading Room. Most of them are little boys.

Old hippies like me sometimes have a hard time admitting that there really are gender differences that no amount of “environment” is going to change. One of those differences is this: a lot of little boys need a few more years than a lot of little girls need, to mature enough so that their bodies and brains can sit still, together, long enough to learn how to read and write. Whether we like it or not, it is 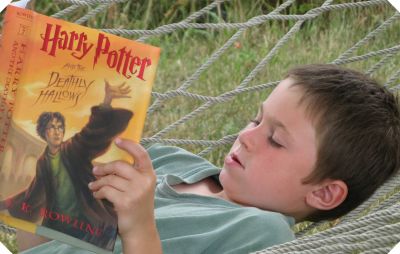 a fact that while a lot of little girls are reading “Gone with the Wind,” the little boys sitting next to them are still struggling to recognize letter combinations. It is also a fact that some of these little boys who still can’t do it in the third grade, or the fourth, somehow have their own “epiphany” in the middle grades; something in their brain becomes aware of symbols and their meanings and how to translate them to Harry Potter. It wasn’t that these little boys didn’t TRY down in the lower grades; it was that their bodies and brains weren’t THERE yet.

I saw this miracle happen over and over again. With my own eyes I saw it. Sometimes, when I tried to tell other teachers, especially elementary teachers, about this awakening, they did not believe me. “I had that boy in third grade and I’m telling you, Jane, that he just doesn’t have what it takes to be a reader, a good student. He just can’t do it.”

And I’m telling you, Madeline, that I don’t give a rat’s ass* what the child did in your class. I am trying to tell you that in my class, the boy can read. One week he couldn’t, and the next week, he could. And he’s ecstatic.

My point? Do I have to have one? I guess I could drag one in by the hind legs if you must have a point. How about this one:

Hold off on the IEP’s and the labeling until the kid is in middle school. Tutor, yes. Give special help, yes. Hang a label on his forehead and put it in his permanent record? Not so fast there, Teach. Don’t do it Not yet. Not just for reading. Save the labeling for the children who genuinely need the help; don’t fill up the room with little boys who just need a few more years to mature.

Many of our most highly esteemed scientists, inventors, etc, were late bloomers. Edison wasn’t even allowed to continue at his school; he was so slow, he held the others back!

Let’s give our little boys a break, what say, people?  We worry because our little children are energetic and wiggly and can’t sit still?  That’s how little children are SUPPOSED to be.  What would be genuinely worrisome would be a little child who CAN sit still for hours and hours without any desire to be wiggly and energetic. There is the occasional child who genuinely needs Ritalin or whatever in order to function at all, but there are an awful lot of children (usually little boys) whose energy and creativity and imagination and, yes, wiggles, are being seen as “disabilities” by frustrated adults and drugged into mediocrity.

In the classroom, my “quick fix” for wiggly kids was to assign them two seats and allow them free passage from one to the other whenever they needed to move.  There were conditions – no bothering other kids on the way, no touching other people’s things, no sidetracking or talking, etc, but when a person’s gotta get up and move, a person’s gotta get up and move.  You feel that way yourself at times; don’t lie.

I taught middle school, but the students were still children even though they didn’t think they were.

And by the way, taking away a child’s recess because he couldn’t finish his vocabulary words quickly is cruel and unusual punishment. I suppose the boy would then be punished because he was extra wiggly since his ‘outlet’ was taken from him? Energetic little children NEED to be let loose on the playground several times a day!!! Taking away recesses for punishment or to make more room for standardized test review is the action of a halfwit who knows nothing about either education OR children and probably hasn’t been in a classroom since 1972 teacher, politician, superintendent, or some other administrator who falls into the ‘nimrod’ category of typical la la land unawareness of real people and how we live. Probably people who do that don’t know how to access their email, either, or use a computer. But then, that’s what secretaries are for.

I put up with this for 26 years. No wonder I had a potty mouth.