One of my college boyfriends was diagnosed with cancer. The tumor was small, at first, and the doctors tried to treat it with medication. This did not work, so the doctors tried more aggressive treatments; the goal was still to remove the tumor without harming the rest of the body. 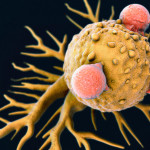 Upon looking closely at and into the body, the doctors realized that if they had gone aggressively into the tumor right at the beginning, and forcibly carved it out before it put out feelers and roots and infiltrated the body completely, the man would have lived.

I am not a doctor, but if I am ever invaded by a pernicious tumor, I want it cut out and burned, not appeased with first one thing and then another, trial and error. No patting a soothing medication on it in hopes that it will go away. No pretending it’s not there in hopes that it will go away by itself. No numbing it so it can’t actively DO anything although it’s still there to intimidate the useful body parts. I want it removed and burned, so the fear is gone, and the tension is gone, and the stress is gone, and the other body parts can heave a sigh of relief and go on with their rightful business.

Analogy? Why, no. It’s about a malignant tumor, and its potential to destroy a human being completely if it’s not forcibly removed by someone trained to do so.

Why, what were YOU thinking?