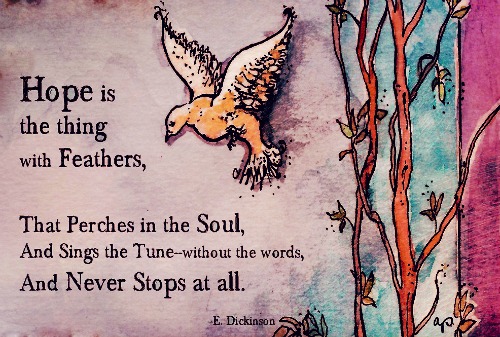 I never minded the “stupid questions” and I still don’t mind them, because if a question is sincere, it is not a stupid question; it’s a legitimate question and isn’t that what it’s all about? I love a student who asks questions; that student means more to me than a student who answers questions. If the question is about a connection between the lesson and something out in the world, even better. Better? It’s FANTASTIC!!!

I’ve had my share of teachers who were interested only in what was in the textbook. Questions that dealt with a connection or a tangent were dismissed completely; I’ve actually seen students punished for asking questions. I know tons of teachers who are lost without the answers pre-printed in their Teacher’s Edition.

What the heck is up with that? I have always assumed that a teacher who doesn’t already know those answers has no business standing before a group of learners in the first place! Sometimes those Teacher’s Editions have mistakes in them, and I’ve known teachers who will count the student’s correct answer wrong because the teacher is fixated on believing that the Teacher’s Edition is always right. I do not believe that these are good teachers, and I really don’t care what kind of scores that particular school is making. Scores are not education, but if I start in on that one again I’ll never make my dental appointment in a half hour.

Now, we all know that there are kids who will pester the teacher with questions just to get attention or get a laugh from his/her classmates; that’s not what I’m talking about here.

Every year, teachers have less and less authority. Every year, teachers must work in environments that would have most adults calling the authorities on the first day. Every year, teachers must deal with a population that is dangerous to the point of being criminal, and every year teachers risk their lives to try to bring a little light to the few actual learners and workers who hover quietly, in fear of their lives, too, on the sidelines. Every year, teachers must deal with parents who won’t support them, children who won’t try, administrations that won’t guarantee a safe habitat for either the teacher or the students, and buildings that are crumbling. Our students are hungry and sleepy, and far too many of them know far too much about the dregs of society: some because their families ARE the dregs of society, and others because they spend too much unsupervised time watching the trash on Jerry Springer and various television shows that teach our young people to be smartassed single parents who sleep around, have a cell phone glued to their hand, long for designer shoes,  and respect nothing. Every year, teachers must deal with more and more evidence that too many stupid people are breeding like rabbits, too much time, attention, and money is spent on the lowest common denominator in the building and not nearly enough on the students who would really love to be taught something, and the very real possibility of being disciplined or sent to the Rubber Room if they speak out, try to help, or in any way upset the status quo of our extremely dysfunctional school systems. It’s dangerous to speak out, and it’s dangerous to show up for work, it’s dangerous to walk to the restroom, and it’s dangerous to walk across the parking lot before and after school, and it’s dangerous to mow your lawn on the weekend because you never know which disgruntled moron – parent or child – is going to show up demanding “justice,” ie entitlements, favors, exceptions, and freebies.

I believe that the students I have now are the same as students in the public school – it’s just that at this level, it’s safe to be a learner because those who would disrupt and endanger and bully are escorted out of the building almost immediately.  Have you any idea what a difference knowing that small fact can make to a student who really IS a student? Today, for example, we were discussing the fact that many words we all consider to be English were actually stolen borrowed from other languages. The students caught on immediately to the fact that if a person speaks English, a person is actually also speaking Spanish, and French, and Italian, and Russian, and German, and Yugoslavian, and Aztec, and Hawaiian, and Chinese, and Outer Mongolian, not to even mention the dialects of the Fiji Islanders and assorted Scandanavian nations, and dead languages,  because our language is not only vaguely reminiscent of Shakespeare’s English (which catered to the uneducated peasants), it’s also a big stewpot full of every other language on the planet. This is a partial explanation of why we have so many odd spellings and strange plurals and exceptions to all the grammar rules. I love it. Today, my students loved it, too.  Watching them love it made me love it, and them, even more.

I tried this lesson back in the public schools and several parents complained because I was telling their kids that the language of the true patriotic Americans wasn’t “pure.” Of course, this was the same group of parents who were irate because we were talking about homonyms. Can you guess why? I mean, jeepers.

See above, “Too many stupid people are breeding.”

But a student who asks questions, questions that show a longing to KNOW, questions that demonstrate an understanding of a connection. . . questions that tell me that there is yet hope for the human race because in this classroom, today, students were laughing and excited about a few WORDS, and looking at their pens in awe as though they’d just that moment understood the amount of power they had with it? 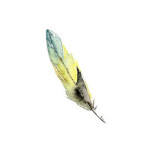 I wonder how many professions require as much hope as teaching? I’d bet money, if I had any, that educators lean on hope even more than the medical professions and the ministers do.