Mamacita says:   I don’t think it’s a coincidence that the children who grow up in households wherein there are no books are generally the kids who end up in the slow class at school.  There are exceptions, of course, but I haven’t seen very many.  I was always happy to see the exceptions, but I was also really surprised.
I’ve had kids come to me with their Scholastic purchases and beg me to keep them at school so someone at home wouldn’t destroy or sell them, or maybe even just mock the child for loving books.
It wasn’t always the poor families who raised their children in houses that had no books, either.  Often they were families who just didn’t like books.  They’d rather watch TV or go to the races or chase Bambi’s mother across the meadow, mount her head on the wall, and have the rest of her for dinner.  Families who love and respect books will get books into the house one way or another. Parents who don’t understand their child’s love of books will get books into the house one way or another, too.   I would do anything for those families.
And sometimes, kids from these families would come to school hungering for something and not knowing what.  And once finally finding it, were transformed.  I loved that. I lived for that.  I still do, only at a different level now.
Some families teased their kids for bringing home books and wanting to read them.  Imagine. 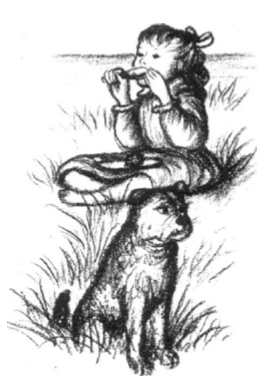 Some parents got angry when their kids brought home books.  Books were suspect.  Books might contain something Uncle Reverend Billy-Bob didn’t already know.  Why does the kid want to read a book?  Nobody else in this family does.  Put the blame thing down and come watch TV with the rest of us. 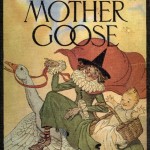 I’ve posted about this before, but it bears repeating.  Back when classes were grouped (don’t get me started because some of you won’t like what I would say) EVERY KID in the top class knew dozens of nursery rhymes, poems, and stories, many by heart.  Down in the slowest group, few if any kids even understood the question.  They didn’t know no pomes.
Many of those kids weren’t grouped in the slow class because they were stupid.  They were in there because they’d been exposed to so little, culture-wise, that they had no frame of reference for much of anything that didn’t involve chaw, huntin’ dawgs, Nascar, Carhartt, the 4-H Fair, Junior Samples, Honey Boo Boo, Duck Dynasty, and Blue Collar Comedy.  Not that there’s anything wrong with any of those.
People who don’t know poetry, music, books, and plays have no frame of reference when it comes to cultural literacy.  One thing builds upon another.  If we have no prior knowledge to bring to the table, it won’t much matter what’s on the table.  We won’t get it. 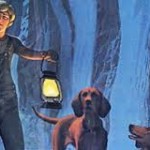 There are good books, poems, and stories about chaw, huntin’ dawgs, Nascar, and county fairs.  Great stuff.  Billy Coleman might have worn Carhartts.  He might have listened to the Blue Collar guys. Travis knew there was more to life than just huntin’ dogs. Caroline Ingalls loved Jack the bulldog, but was determined that her girls get an education.  Great-grandparents may have been illiterate, but by golly, their kids were going to have an education.
By that same token, it won’t hurt literary-types to get outside and 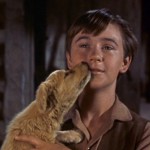 experience life, and do some physical labor.
We get too one-sided, we lose each other.
But “A house without books is like a room without windows.  No man has a right to bring up his children without surrounding them with books, if he has the means to buy them.” –Horace Mann
And books for the children should be purchased before chaw and Nascar tickets for an adult.  Yes, and before cable, beer, and shotgun shells.
Am I a snob?  I don’t honestly think so.  And if I am, then you should be one, too.