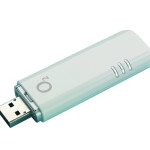 Mamacita says:  I’ve been reading about the “dongle incident” and doing some serious thinking.    I’ve also been doing some serious head-shaking, and some equally serious wondering about where the line should be drawn between private conversation and public listening.
I don’t know about you (some of you, maybe, but definitely not all of you. . . .)  but when I’m not sure I understand something, an analogy is sometimes helpful.  Since I am “in education,” (but who isn’t?) I try to think of something well within my own understanding to help me out.
Like this:
Sometimes, teachers assume that their students have a background in cultural literacy when in fact they do not.  And sometimes, helping a student make and understand a connection between one thing and another, makes it all worthwhile.    Sometimes, teachers do not agree on what is worthwhile and what is not.
A few years ago, my sixth graders were getting ready to read a Sherlock Holmes short story: The Adventure of the Speckled Band, to be specific, which is my favorite Sherlock Holmes story.
About ten seconds into my enthusiastic introduction to the story, I realized that my students had never in all their lives even HEARD of Sherlock Holmes.  They will never be able to make that claim again, however.  I assure you.
We read the story and most of the students agreed that it was pretty cool.  Snakes.  Poisonous snakes.  Gypsies camping in the yard.  A cheetah and a baboon wandering free.  A huge powerful man given to fits of violence.  A bed, nailed to the floor.  Bending the iron rod.  Holmes, bending it back.  We discussed the physics of the iron rod; all the students, young as 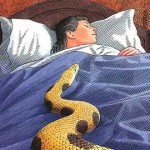 they were, knew that bending the rod in the first place required strength, and that bending it BACK required even more.  Holmes’ powers of observation fascinated the kids. Weird noises in the night.  Strange coincidences that even an 11-year-old thought off-kilter.  A bell-pull that pulled no bell.  Shared inheritances.  Screams in the night.  What’s not to love?
When we had finished, I recommended other Holmes stories, and the bell rang, and they left my room.  I sat there hoping the unit had gone as well for THEM as it did for me.
I knew it had been a good unit when I overheard a group of boys talking about it in the hallway.
“Now I know what it really means when somebody says ‘No shit, Sherlock!'”
No, I did not stop short, drag the student to the office and demand that he be punished for saying ‘shit.’  The P.E. teacher who also overheard the boys wanted to, but I asserted myself, which didn’t often happen because I am pretty much of a wuss in spite of my big talkin’ ways, and anyway, I do not believe in jumping on kids when their conversation was not directed towards me.  Eavesdroppers often hear negative things, and if they would mind their own business, it wouldn’t be such a big deal.  (I am not referring to inappropriate remarks specifically aimed at a non-invited listener with the intent of upsetting, insulting, or otherwise involving said uninvited listener, mind you; I am talking about private conversations that happen to be overheard and sometimes taken personally when no personal involvement is intended.)
I figured that we were eavesdropping on those boys, and that whatever they said to each other in their supposed privacy (unless it was about bombs or threats or clues about who TP’d the restroom or whispers of abuse, etc.) was their business, not ours. Kids deserve some respect.
The other teacher walked off in a huff, carefully, so the corncob wouldn’t fall out.  I smiled at the boys and said, “That’s right, guys.”
Knowledge is power.  Education is all about connections.  And that, as far as I was concerned, was a legitimate connection.
And that is why I think too much was made of the “dongle incident.”  This is also why I do not call a flash drive of any kind a “dongle.”  If I told my students to insert their dongles into the drive, I’d be disappointed if I didn’t get some laughter.  The word “dongle” is funny enough all by itself, and funnier in ANY kind of context.
Too many people take too many things far too seriously these days.  It takes our attention away from REALLY serious things, and THAT, my dear readers, is why so many important things are circling the drain while others, not nearly as important or serious, are getting so much attention.
Taking offense at someone else’s private conversation?  Please.  Was the conversation repellent?  Yes.  Sexist?  Yes.  Anyone’s business other than the two men speaking to each other?  No, it wasn’t.
Should we all try to be kind, considerate, discrete, careful what we say, and mindful of our surroundings when we say it?  Of course we should.
Does it ever happen that eavesdroppers do not hear what they’d like to hear?  That’s been a truism for hundreds of years.  “Eavesdroppers never hear any good of themselves.”
Were these men wrong in having this kind of conversation in public and loudly enough to be overheard?  Yes.  Was this woman wrong in making a huge public deal out of it INSTEAD OF trying to deal with it, at least at first, more quietly?  Yes. Don’t get me wrong; I think the men were indiscrete, but I also think the woman overreacted.  And I think the conversation was gross, but other people’s conversations – if they’re discrete – are none of my business.
Could this whole incident have been handled more wisely?  No shit, Sherlock.
Let’s all try to use our brains a little more, and our sense of context a little more, and our “I’m offended” a little less.  There are too many genuinely important issues out there; we must not allow ourselves to be influenced by, let alone offended by, an overheard conversation not even intended for the eavesdropper’s ear.
Rise above it.  Overcome it.  Be better than it.  Don’t give it any attention.
I do not want to live to see the Kardashians win.