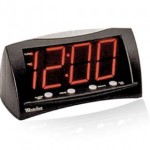 Mamacita says:  Now ordinarily, as anyone who knows me already knows, I’m a firm believer in staying up late and sleeping in, whenever possible.  When I think of all those exhausted teens being dragged from their beds because some early-bird adult thinks that because he’s up, everyone should be up, I get really angry on behalf of the teens.  Let the kid sleep, for crying out loud.  Let the poor exhausted kid sleep.  Not everybody likes the early morning hours.  Me, for instance.  I sympathize, students; I honestly do.  Morning people who wake up the whole house because they believe it’s just, well, PROPER, to get up in the early morning, make me start sympathizing with ax murderers.

However.  My sympathy ends when there are genuine obligations.

But students, in spite of my total sympathy your desire to sleep in,  and my firm belief that you should be allowed to sleep for 15 completely uninterrupted hours if that’s what your bodies are screaming for, I’m going to have to say, in all honesty, that deciding to sleep in on the day of your final exam was a really bad idea. I also think it might have been worth the excruciating pain your hangnail/hangover/tummy ache/sore throat/deep throat* (who do you think you’re trying to fool?) would have given you, to come to class and take your test. The room is large

enough that you could have sat in the back and kept your germs/moans/pain/whining to yourself, and when you were finished you could have taken a nap, completely undisturbed. Yes, I did receive your email explaining how you had to work late last night and were really, really tired, and when the alarm went off you just couldn’t get up, you just COULDN’T, so for the sake of your health you turned over and went back to sleep, and you thanked me in advance for understanding because you know I remember how it felt to be young and so tired it just wasn’t humanly possible to get up for just a test. I didn’t answer it because it’s hard to type when I’m laughing that hard.

Who do you think you’re talking to, kid?

I remember being so tired it wasn’t humanly possible to turn OVER, let alone get up. But I got up anyway, because I had responsibilities. I sleep-walked across campus many times, to take a test. I took tests with migraines so severe there were sparks shooting out of my head and I could barely read the questions. I took tests that I’d pulled two or three all-nighters in a row to prepare for, and I really believed I was prepared! I have fallen asleep with my head resting on my completed test.  I took an important astronomy test in my pajamas, and it was well before public pajama-wearing was “in.”  I never once cut class on a test day, even though there were plenty of times when I wanted to.  Every time, for example.  But I showed up.  I am a walking definition of “Night Owl,” but when I have an obligation, I get up.  And you need to, too.

I’m very glad that you now feel rested and alert and are rip-roaring eager to take that test.  Unfortunately, the semester is now over and your options are gone.

See you next semester.  Don’t sell your book.