Mamacita says: This year, there was no equinoctial storm.  In fact, this year, we haven’t had enough rain for quite a while, but last year at this time, the rains poured down as though they would never stop.

Whenever we have a lot of rain in the fall, the words “equinoctial storm” cross my mind, and I think about Caroline Ingalls – she was Laura’s Ma, you know – because the rains came down hard and steady.  Torrential rain.  No thunder or lightning, just rain, but still.  In Laura Ingalls Wilder’s The Long Winter, Chapter 3, page 27 (hardbound), she tells us that

For three days and nights the rain fell steadily, slow, weepy rain, running down the            windowpanes and pattering on the roof.

“Yes,” Pa agreed, but uneasily.  “There’s a weather change, all right.  A fellow can feel it in  his bones.”

Now, an equinoctial storm is a storm of violent winds and rain, occurring at or near the time of an equinox, either spring or fall.  The 2016 Fall Equinox was on September 22, but, you know, close enough.

Laura’s storm occurred just before the Long Winter blizzards began, and if you remember (and of course you do!) that those blizzards that began in October didn’t let up until May, you’ll understand why severe autumnal storms of pretty much any kind really creep me out.

The forecast for the coming winter is harsh, according to all the woodland creatures and persimmon seeds, and those things know. 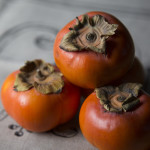 I love the chapter, still in The Long Winter, where Pa explains to Laura about the wild things knowing what kind of weather is coming, and why humans don’t have the same instincts about such things as animals do.  It’s in Chapter One, if you’re curious, and on pages. 12 and 13 if you want to turn right to it.

So far, most reports have been spoons. 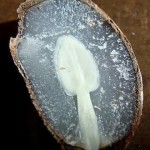 Persimmons are good for pudding, too.  If you’ve never had persimmon pudding, you’re missing out big time.

But I digress, which is something I’m very good at.

I’m expecting a cold, snowy winter.  Or, as I prefer to think of it, a white Christmas.