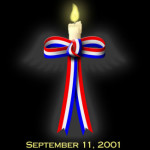 Mamacita says: I’m guessing that many most bloggers will be posting tributes today, and telling the blogosphere ‘where we were’ when the planes hit the World Trade Center. Here is mine. This is actually the twelfth time I’ve posted this on 9/11, so if it seems familiar, you’re not crazy. Well, not on this issue, anyway.

At noon, many of the students were picked up by parents and taken home or out for lunch. Those few who returned had a big tale to tell. The problem was, the tale was being told by children, and few if any of the facts were straight. The atmosphere in the building got more and more strained. We are only a few miles away from an immensely large Navy base, where ammunition and bombs are made, and we’ve always known it was a prime target, which means, of course, that we are, too. Many of my children’s parents worked there. The base was locked down and those parents did not come home that night. 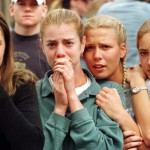 I was, of course, written up for insubordination the next day, but I didn’t care. My phone had rung off the hook that night with parents thanking me for being honest with their children. That was far more important than a piece of paper that said I’d defied a stupid inappropriate order meted out by a man who belonged in the office of a used car lot, not in a position of power over children’s lives. 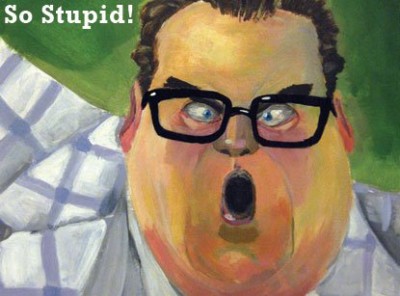