Mamacita says:  I made the mistake of clicking on Downton Abbey Season One on Amazon Prime video, just for a lark, because I’ve seen it before at least twice.  In fact, I’ve seen all of the seasons.  I actually own the DVD’s.

But for some reason, I clicked and started watching again. 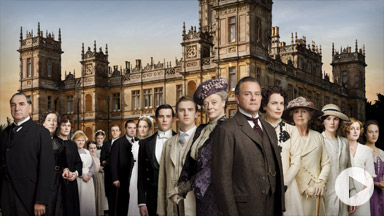 I hadn’t realized before how much detail I missed all those other times.

Now I feel obligated to re-re-re-re-watch all the other seasons.

This is irony, you know.  I don’t watch TV.  There isn’t a single program I watch.  Except Downton Abbey – on DVD or Amazon Prime.

It’s a big sappy soap opera, of course.  Part of me is embarrassed that I like it so much.  The other part of me – that teeny tiny fraction of a percent – loves everything about it.

That’s why I’m re-re-re-re-watching.  Season One first.  Then Season Two.  And then all the others.  All the others until the new season is released.

You know, for the sake of detail.