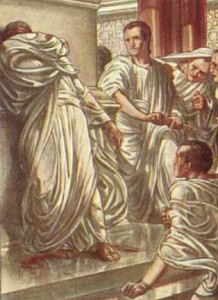 Caesar: Who is it in the press that calls on me?
I hear a tongue shriller than all the music
Cry “Caesar!” Speak; Caesar is turn’d to hear.

Soothsayer: Beware the Ides of March.

Caesar: What man is that?

Brutus: A soothsayer bids you beware the Ides of March.

The Ides of any month are simply the days between the 13th and 15th of any month. These days, we generally appoint the 15th to be the Ides.  The soothsayer (truthspeaker) was merely warning Caesar that something bad was going to happen on March 15. Caesar had already had other warnings – one from his wife, who had had a terrifying nightmare about death in the Senate!

“Alas, my lord, your wisdom is consumed in confidence.  Do not go forth today; call it MY fear that keeps you in the house, and not your own.  We’ll send Mark Antony to the senate-house, and he shall say you are not well today. . . .”

Caesar was very superstitous and took the warning seriously; however, this didn’t prevent him from leaving the house on March 15 anyway and walking out into the public forum.

. . . . where his best friends were waiting for him with daggers, whereupon they jumped him and stabbed him to death. For his own good, and for the good of Rome, they believed.  Much as Judas betrayed Jesus for the good of the nation, because Judas believed Jesus’ claims were flying too high for his own good.

HIstory is full of trusted friends who kill for the good of the nation.

Caesar was just too ambitious, they thought. So, rather than risk his rise to power and popularity, they offed their best friend.

Caesar, Brutus, and Cassius – the three musketeers, the Bobbsey triplets, the inseparable pals. Caesar trusted them; he loved them; they were his friends.The betrayal was as shocking and unexpected as if Hermione had turned on Harry and Ron and stabbed them to death. 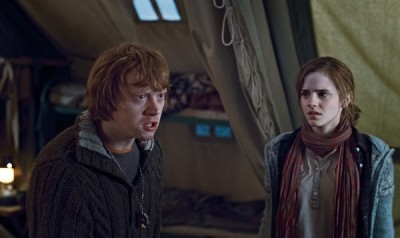 Which is why, when Caesar saw who was attacking him, he cried out, in disbelief, “Et tu, Brute?” Which means, simply, “Even you, Brutus?”

Remember how horrified and hurt and disoriented Harry and Hermione were when Ron accused them of being in love with each other, and abandoned them?  That.  There are many ways to stab someone in the back, and sometimes figuratively hurts more than literally.

But Brutus and Cassius, and the others, had realized that their pal Caesar was a little too cocky for Rome’s own good, and when even one’s best friend brags in public that he was as elite and cool as a god, one must do something to protect the nation. Those of us who are heavily into mythology know what always happens to any mortal who flies too high (another mythological reference!) and thinks too much of himself/herself.  It never ends well for the braggart.  Ever.  It’s called “hubris” and it’s the kiss of death.

“Beware the Ides of March.” And now you know what that means, and why Caesar was warned to be careful of that day.

It was, like, you know, cuz the soothsayer somehow knew that Caesar’s BFF, his dearest and most beloved friends, had had enough of his bragging about his coolness and were going to take him down. And they did.

But even when I was a kid and first read that scene, something inside of me SAW the expression on the man’s face when he realized that his best friend in all the world had stabbed him in the back. It was a heartbreaker.

And now you have a perfect example of another expression. Backstabber. Stabbed in the back.

Shakespeare is so awesome; I loved the language even as an elementary student. It’s exactly the same language that you’ll find in the King James Version of the Bible, which I also love.

Perhaps one of you can also answer a question that has puzzled Shakespeare fans for years: Why in the world did the man bequeath his second-best bed to his wife?

I tend to agree with Jane of Lantern Hill, who was of the opinion that “Perhaps she liked it best.”

P.S. Don’t be afraid of the language. Relax, and try to see the poetry and the amazing graphics in Shakespeare’s witty turn of phrase. It’ll knock your socks off, if you let it.

P.P.S.  Just in case you don’t think you know anything at all about Shakespeare or Julius Caesar or unexpected, untimely death, might I remind you of this little gem you may have wept over recently: 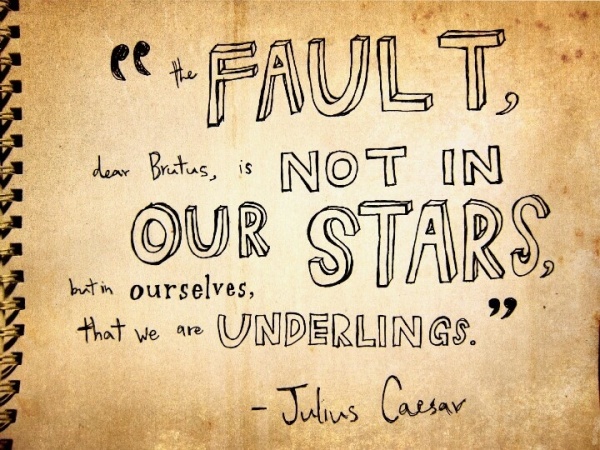