Mamacita says:  Are you paying attention to your child’s school?  Are you looking closely at the contents of your child’s backpack every night?  Are you listening when your child tries to tell you what he did or not not learn/do at school?  Everyone who has children or knows children or has ever heard of children, or who lives in this country or any other country, should be super savvy about what’s going on behind those locked doors.  It’s important.  Our children are in there.  We, whether we have our own children or not, simply must not let our country’s educational policies go without parental checks and balances.  Our nation’s schools, and other nations’ schools, are full of students who will grow up and eventually be in charge and we need to know what’s going on in case something needs to be changed, while yet there is time to change it. If we wait too long, those students will be changing our Depends, and we’d best make sure they’re being taught how to care for themselves and for each other and for total strangers, and to advance themselves academically and socially and physically and mentally and culturally, because that’s what our schools are supposed to be doing, in, among, and around the drill, drill, drill for standardized tests that have elbowed all the joy out of the building. . . . Whew. Run-on sentence, anyone? Fragment?

I dug through my archives and am re-posting my own ‘take’ on “No Child Left Behind.” I scribbled this eleven years ago while sitting through yet another interminable teacher’s meeting at the middle school, chaired by two women from the State Department who had obviously not been inside a middle school for many, many years, nor had they ever taken a class in public speaking. . . .

Here’s my personal take on “No Child Left Behind.”  I call it, “No Child Looks Like A Behind.”  Are you offended by my obvious disrespect?  I’m so sorry.  Please bite me.

“Responding to demands from organized groups of concerned and dissatisfied parents, the State has hired an official Photographer. This official Photographer’s goal is to ensure parents that all children will be attractive and well-groomed when exhibited publicly in the yearbook and at the mall.

‘No Child Looks Like A Behind,’ the agency and motto set up by the State, will be implemented this year, and by spring 2004, 93% of all students enrolled in Indiana schools will be evaluated. Any child found to be still below established standards, ie ‘ugly, ‘funny-looking,’ or merely ‘homely,’ will be referred to the district’s Reconstruction Committee, which will identify specific problems, and recommend procedures and practices which can sculpt the child according to his/her individual needs. 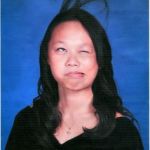 Next year, the State will begin to implement the somewhat controversial “No Child Acts Like A Behind” program. Details will follow shortly.”

While I was in the archives, I came across my Survivor show suggestion: it’s an edited-for-the-middle-school version of something that’s been making the rounds of the spamernet for many years. I just raised it a few grade levels. Again, one has to do something to stay awake and appear attentive when those State Department people come down with their big ideas and plans for a school they know nothing about. . . .

“Have you heard about the next planned Survivor show? Two businessmen, two businesswomen, and two elected government officials will be dropped into a public middle school classroom for 6 weeks.  These people will be referred to, for future reference, as “the novices.”

Each novice will be provided with a copy of their school district’s curriculum, and 7 daily classes of 36 students each, with some fluctuation as students move in and out.

Each individual class will have 6 learning-disabled children, five with A.D.D., two gifted children, two who speak limited English, and one who speaks no English at all.
Three in each class will be labeled as severe behavior problems. Two are pregnant. Twenty-one have divorced parents; of these, eleven are in the middle of custody battles. Five are on juvenile probation. Three are living in foster homes. Despite what an IEP might state, there is simply no budget for aides. 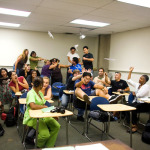 Each novice must complete lesson plans at least a week in advance, with annotations for curriculum objectives and modifications, and organize, create, or purchase materials accordingly.  There is no budget for these purchases, so be sure to bring your checkbook.

They must also supervise recess, monitor the hallways and lunchroom, sell and take tickets at athletic functions, sponsor extra-curricular activities, and chaperone dances. These activities are of course performed without payment; and the novices are responsible for anything that goes wrong, including student misconduct at these functions. The novices must also be prepared to answer parents’ questions about their child’s school work, at these functions. .

In addition, they will complete a set number of drills for fire, tornadoes, earthquakes, intruders, and shooting attacks.

They must attend workshops (100 hours), faculty meetings, union meetings, textbook adoption meetings, IEP conferences, evaluation meetings, curriculum development meetings, and any other meeting called by a supervisor or parent. Any plans or appointments previously scheduled must be cancelled in the event of a called meeting, including doctor and dentist appointments for the novice or for his/her spouse/children.

Novices are required to counsel and advise parents and students over the telephone, after school hours, at their homes. Therefore they must memorize each student’s grade average and daily attitude and any problems, in preparation for those calls, as official gradebooks are not permitted to be removed from the building. An unlisted number will not help you; the parents will obtain it and they will use it. 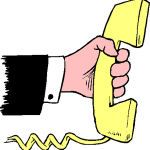 Novices must provide special, free tutoring for those students who are behind, and strive to get their non-English speaking children proficient enough to take the ISTEP test. Remember, the students’ scores reflect the teachers’ skill, and the novice will be reprimanded accordingly.

If the novice is sick, has a sick family member, or is just having a bad day, they must not let it show. God forbid if you get pregnant. 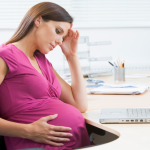 Each day, they must incorporate reading, writing, math, science, health, and social studies into the program. They must maintain discipline and provide an educationally stimulating environment at all times. Remember, any boredom on the part of any child during the course of your class, is the novice’s fault and may be used as an excuse for failure by the child’s parents.

Any failure on the part of a student, is the novice’s fault.

The novices will only have access to the golf course on Sundays, but on their new salary they will not be able to afford it anyway. There will be no access to vendors who want to take them out to lunch. They won’t be leaving the building for lunch anyway, since lunch will be limited to 24 minutes daily, on the days they don’t have lunch duty. On those duty days, lunch will be eaten while supervising the lunchroom. Lunch is at ten thirty, so by two p.m. the children will be hungry again. The novices will be hungry also, but hunger isn’t measurable by any kind of state statistics so the standards must be taught regardless of the growling stomachs. It would be easy to schedule the students’ lunch at noon but that would mean paying the cooks for an extra hour.

Novices will get a thirty minute prep period on many days, but don’t count on getting any papers graded or xeroxed then, since this is the time many parent or principal conferences are scheduled. Substitutes are getting harder to find, so probably each novice will be dropped down into an absent teacher’s classroom during his/her prep period, unless a parent asks for the novice. Novices should plan to arrive at school before 7:30, since parents like to drop by for unannounced conferences before they go to work. Don’t count on getting home before 5:30, either, since after school is the time many more meetings are scheduled. Spur of the moment is a favorite time for parents to talk to their child’s teacher. Besides, after school is the time the novices will have to do their xeroxing, since the actual break is taken up with other people’s business on most days. This can be done, of course, only on those days that the copier is operable.

After the novices get home, they should not plan on watching much tv or spending a lot of quality time with spouse or children, since they will have from two to four hours of grading and preparation each night. Not to mention the phone calls from parents. 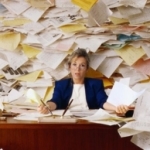 On the days when they do not have recess duty, the novices will be permitted to use the staff restroom as long as another survival candidate is supervising their class. It doesn’t matter if the teacher is sick or not. The size of the bladder makes no difference. No bathroom trips except one possibly very short trip, on those non-duty days.. The novices must never get diarrhea. It just doesn’t fit into the schedule. Novices must also purchase kleenex, anti-bacterial hand wash, bandaids, sanitary napkins, safety pins, hair elastics, nail files, pencils, pens, and paper for the use of their students. They must also buy a thermometer, and know how to read it correctly. All of this is, of course, done with the novice’s own money. 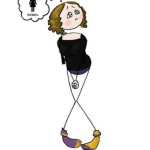 The novices must continually advance their education on their own time and pay for this advanced training themselves. This can be accomplished by moonlighting at a second job, which most real teachers actually do, or by marrying someone with money. The winner will be allowed to return to his or her job.

Now substitute the word “teacher” for each “novice” and you will have a very realistic picture of what a real teacher does.

Pass this along to your friends who think teaching is easy, and also to the ones who know it is hard. They will both benefit.

I do love a parody, as long as it’s intentional and not just some walking joke like Benny Hinn or Mike Pence.