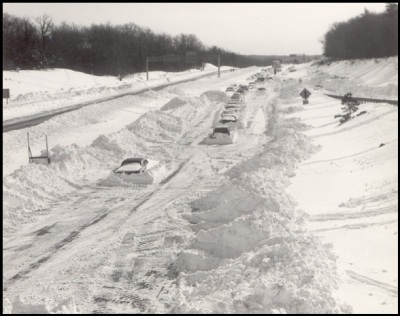 Two winters: Typical highway scene in January of ’77 and ’78

Mamacita says: There are two winters that stand out in my mind, both with seemingly never-ending blizzards and subzero temperatures: The winter of 1977 and the winter of 1978. Two winters in a row of deep, deep snow and temps down below zero. In fact, the temperatures were so often and for so many consecutive weeks well below zero that we would refer to the occasional single digit above zero as a heat wave.

I am the world’s biggest Laura Ingalls Wilder fan, so of course these two winters reminded me of The Long Winter, the four in the wonderful Little House series. We were all sent home from school, and the schools were closed. I was a brand-new first-year teacher, and I thought this was wonderful. 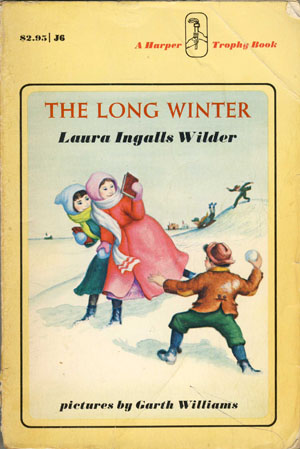 We lived in a tiny limestone house way out in the country; we were the only ones in our teacher crowd who lived in a real house, small and dumpy as it was; everybody else lived in an apartment or a trailer. Our house was party central. Somehow, even through the deep snow, high drifts, and dangerously low temperatures, the younger school staff managed to get to our house for sledding, homemade ice cream (snow is great for freezing it!) homemade pizza, cards and fun. We were either sent home midmorning, or school was cancelled altogether, every day for two months. Someone always managed to get to the school administration building to pick up our checks.

The downside was that back then, basketball games were not cancelled for so minor a thing as life-risking dangerous weather. We wouldn’t have school for three weeks because of the hazardous conditions, but we were expected – nay, required – to drive those twenty plus miles to the school to take tickets or sell concessions or otherwise manage a basketball game, which the entire population of the county managed to attend. The roads were so slick, I couldn’t even stop at intersections no matter how slowly I was going. I was so frightened of those basketball nights; even today, all these years later, I have nightmares about trying to get to the gym with six-foot drifts on either side of the road and a sheet of solid ice in front of me. One night, after a horrible journey down roads no smart person would even try to venture out on, I arrived at the gym ten minutes late and the principal yelled at me for not taking my job seriously.

I DID take my job seriously; it was risking my life for a game that bothered me.

When I look out the window and see deep snow drifting into high piles on either side of the road, I am instantly reminded of those now-famous blizzards that were at once wonderful social experiences and glorious memories, and also heart-stopping horrors.

Laura’s blizzards were far worse than these, but even so, they hit home. Ma, bundled to the teeth and still getting so cold she was in danger of freezing, carrying in clean clothes from the line that were frozen stiff and had to be thawed before they could be ironed. 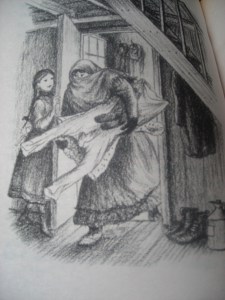 Laura and Carrie breaking a path to school on one of the rare days when the blizzard “stopped to spit on its hands” for a few hours. 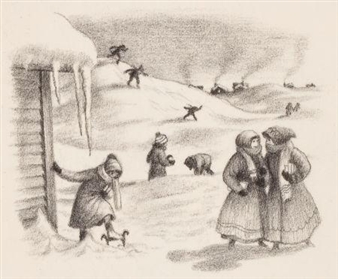 The town of DeSmet slowly starving as the railroads couldn’t keep up with the blizzards, which filled each cut faster than a train could use it until the company gave up and cancelled all trains until spring thaw. 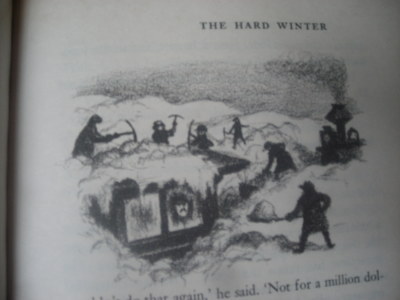 Let’s remind ourselves of Pa’s words to Laura, one evening when spirits were running especially low and Laura was wondering if the winter would ever end.