Mamacita says: I am not a Twilight fan by any stretch of anyone’s imagination; they’re too poorly written and my sensibilities can’t deal with that, but the way Edward is cured of the flu by Carlisle did catch my fancy for about five seconds.

Or maybe it was the thought that perhaps on the same day Edward was cured of the flu, Lavinia died of the flu.

Whatever – both cases of the flu brought a lot of money into somebody else’s hands. Or a lot more time, which is sometimes the same thing. Time is money. Whatever.

The important thing right now is that I have the flu. Not just a bad cold – the flu. The Bite-Me-Carlisle, Nice-of-you-to-leave-me-your-money-Lavinia flu.

It’s not as dramatic as I was led to believe. It’s just tedious and awful and no fun at all. Although I will admit that once I started getting some Tamiflu into my system, and that super powerful prescription cough syrup started daring the sore throat germs to step over this line, c’mon, ya sissy, things started looking up.

I slept like one drugged into coma, which may be a more accurate description than you realize.  That part was lovely, except for all the phone rings.  If you called me and a drowsy, drugged-up she-beast answered and was rude to you, you shouldn’t have called here while I was sick my apologies.

It’s been over a week now since The Diagnosis, and I’m still groggy and tired and coughing.  The worst is over, though.  I hope.

As for the phone rings, I don’t mind if YOU call, but all these solicitations are getting old fast.  Doesn’t the “no call” list work any more?  And if I cold-called a stranger and that stranger actually growled at me and that growl sounded like a really angry werewolf, not 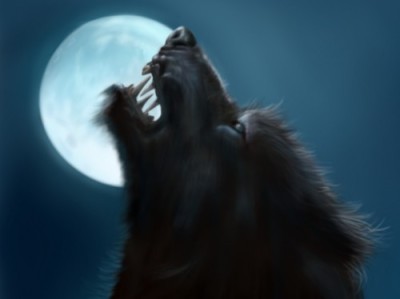 just a throat-clearing, I’d apologize and hang up fast.  No looking back.  And especially no calling back.  Rude?  Hey, you’re the one who called me.

I’ve been very lucky for many years, germ-wise.  Virus-wise.  Whatever.  This was just not my lucky season.

On the bright side, today I’ve been up since none-of-your-business-o-clock and I haven’t fallen asleep in my chair even once.

This time next week, I plan to be completely well and ready to get back to school.  And if anything disrupts those plans, you might want to hold the phone away from your ears or you’ll hear a really scary growl. . . .

In the meantime, call me any time.  My voice is mostly back and my temper is moderate and I’m lonesome and oh holy scheiss, Minute Maid Soft Frozen Lemonade is so good when one is sick.  And when one is well.  Too bad it’s so hard to find.