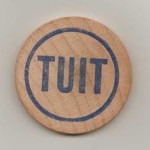 Mamacita says: Watching Duck Dynasty might be number one, but there are still a lot of things I haven’t done.  I didn’t realize how many things I’ve never done compared to the number of things I HAVE done. Then again, that’s a ridiculous comparison. Nobody does more things than they don’t do.

1.  I have never watched Duck Dynasty.  I find those people repulsive 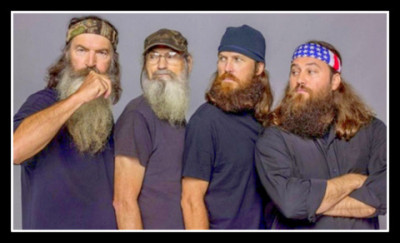 in almost every possible way.  Rich society golf-playing men pretending to be rednecks to lure in a redneck viewership stupid enough to fall for their idiocy.  It’s an act, like any show, but it represents a lifestyle I find repellent.  I know most people watch it to laugh at it, but it’s too awful to laugh at because I know there are actual people who think this is a viable lifestyle.

2.  I have never learned to be patient with people who are in line and are absolutely unprepared.  People at the post office who bring bags of things and pack them at the counter, constantly asking for tape and markers, or who buy stamps at the counter and stand there putting them on each envelope.  People at the grocery store who wait until everything is bagged before even opening a purse or wallet.  I think the reason I have no patience with these people is that they deserve no patience.

3.  I  will never have either patience or liking for people who go through a fast food drive-through during meal-time rush hour with

special orders.  I can feel the venom course through my veins.  Drive-through lines are for fast, simple orders – otherwise, it’s SLOW food, which nice people go inside to order.  If going inside is too difficult for you, wait until rush hour is over and THEN go through the drive-through.  If you can’t wait that long, go home and fix something.

4.  I have never learned to like sauerkraut.  It’s too much like a big wad of dormitory shower drain hair.

5.  I always assume that people who lay the cologne on so thickly they’re giving off fumes are trying to mask other odors too personal and horrific to mention.  I haven’t yet learned how to NOT look repulsed, and it’s more because of my imagination than how they actually smell.

6.  I have never learned to like peas, and I like them even less with potatoes mixed into them.  Even as a child, I picked the peas out of my soup.

7.  Casseroles are not my thing, unless I know for sure they don’t contain kraut, onions, or peas.

8.  I have never been a breakfast person, even as a child.  I like breakfast food sometimes, but only really late at night.  The very thought of eating anything early in the morning is horrible.

10. I will never learn to understand people for whom constant, never-ending learning is not a vital part of their lives.  Then again, that’s who Duck Dynasty was made for.

Sometimes I suspect that I’ve got a good-sized mean streak.  Other times I’m sure of it.