Mamacita says:  I hated elementary school, and by “hated” what I really mean is, well, HATED.

I learned to read when I was really little, but I have never read as most other people do.  When I read, I look at a page and immediately, that page is affixed inside my head.  I can later “bring it back,” inside my head, glance at it and know what it says again.  If I had to, I could read it back word for word in my head, but that is not how I read.  I look at the whole page and just “know.”  From the time I was very young, I could do this.  It’s really handy on planes, for I can re-read entire books by just closing my eyes, concentrating on a particular book, and seeing it page after page in my head.

Now, try to imagine explaining that to an elementary school teacher.  I do not mean to disparage my former teachers, but only one of them ever even TRIED to understand what I was telling her about how I read.  The others just kept telling me to slow down, because I was making the other kids feel bad.  All through grade school, to “reward” me for being fast, I was sent out into the hall to tutor slow kids.

I still have nightmares about sitting out in the hall trying desperately to get some slow little boy who was exactly my age to understand words like “lamb” and “cereal.”  I can still hear my teachers telling me, in that slow, patient voice they used when they were actually really pissed but couldn’t show it, to “slow DOWN” and making me write list after list of little baby words when they KNEW I already knew them.  WHY?  When I was reading “Gone with the Wind” in fourth grade, my teacher made me check out a little baby book from the library and do a report on it “so the other students will be able to read it, too.”  Sometimes, the school librarian would forbid me to check out a book because the “age disclaimer” on it didn’t have my current age listed.

In first grade, I used to keep a stack of library books on the floor under my desk – they wouldn’t fit inside the desk – so I would have SOMETHING to do when the silly little word lists and baby readings and insulting little history paragraphs, etc, were finished, so my teacher, when she glanced my way, would see that I was still reading and wouldn’t make me go out in the hall and do her job for her.  One day, she bent over, picked up my stack of books, made a comment to the class about how Janie must think she needed a foot rest, and took them away from me.  She told me she was taking recess away from me because of my disrespectful attitude.  I was a little kid and didn’t know enough to keep a straight face, and when she saw that I was positively ECSTATIC – I hated recess! – she changed her mind and made me go outside.  Sigh.

I’ve been obsessed with astronomy since I was very young, but I soon learned not to do any more reports about it.  I was also very interested in phosphorescence in nature; after a few accusations of copying, I gave up being myself and started doing stupid projects and paragraphs about stuff like “Which will rust: pebbles or nails?” like everybody else in the class was doing.

Listen, I was no genius child.  I was just a reading child.  Kids who read know tons more than 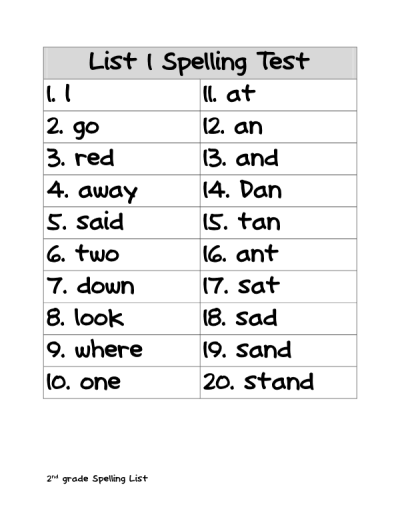 kids who don’t read.  We know ideas and themes and learn early on how to connect all of that to the real world.  Readers are unfazed by political incorrectness or correctness – we UNDERSTAND, because we know about context, even if we’re young.  As for vocabulary. . . I can’t discuss it rationally, even still.  Being forced to write list after list of one-syllable beginning reading and spelling words when I was already reading “Gone with the Wind” was so insulting that I used to wipe tears of indignation off my face as I wrote. I can remember thinking, “Why do they make me come here? Do they wish I was slow?  Do they WANT me to go backwards instead of forwards?  Why do my teachers help everybody but me?”

I still wonder, because from where I sit, most of our public schools could not possibly care less

about the fast kids, or the gifted kids, or the reading kids, because everything – curriculum, money, attention – everything seems to be aimed at the lowest possible common denominator.

This is very, very wrong.

Cream rises to the top, it is true, but if nothing is done with it, the cream goes bad.  Worse still, if the cream is forced back down and mixed into the rest of the milk, pretty soon it disappears altogether.  Oh, the milk is better off, but the cream isn’t.  Doesn’t anybody care about the cream any more?

Education in this country seems to be intent on making everybody equal at the expense of those who are already advanced.  Beating the smart kids back down into the rest of the crowd  isn’t merely a bad idea, it is an evil idea.  It’s EVIL to force the brightest kids back down into the masses of average and below average kids.  The whole idea of education is to allow people to ADVANCE, not to deliberately hold them back.  Self-esteem be damned; if a kid can do it, let him/her do it!  If a kid can’t do it, keep him/her back until he/she can.  DO NOT hold back a bright kid if he/she’s proven over and over again that the curriculum is far too simple.  And holy scheisse on a popsickle stick, do NOT send a bright kid out into the hall with the slow kids day after day and rationalize it away by calling it “compassion curriculum” or any other made-up name that really means “we don’t have any place for kids this fast and bright and since we have to do SOMETHING with them, it’s a lot easier for everyone concerned to just turn them into unpaid teachers and send them out with Billy and Johnny, who still can’t get it.  It’ll teach them all to get along.  After all, they’re going to be associating closely with each other out 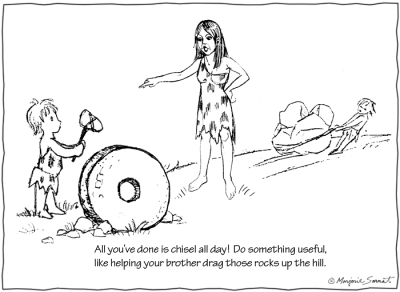 Please don’t yell at me in the comments and tell me how cruel and impatient and uncaring I must be to advocate for the bright kids.  I honestly believe that there should be a place for every category of kid.  Unfortunately, since every child is a unique individual, it’s not possible to do EXACTLY that, but most schools do their best, unless the child is extra bright, and then the assumption is made that smart kids should count their lucky starts that they’re smart, and that a bright kid can adapt to anything so we don’t have to accommodate them.

Parents, perhaps you don’t know that in many states, G/T falls under the jurisdiction of Special Education.  If your child is bright and isn’t being challenged at school, or is being taken advantage of, call your state dept. of education and find out if you need to get an IEP for your child.

Once armed with that, you can force the school to accommodate your child.  Get all the parents of extra-bright kids together, and maybe you can bring justice for them to your local school.

Don’t expect it to be easy, because it won’t be.  Schools are strapped for cash, and a program for kids who don’t seem to need any help with the state standards won’t seem like any kind of priority to many administrators.

I never considered myself “gifted” or “talented,” but I was certainly not challenged in grade school, and I was certainly taken advantage of.  Don’t let this keep on happening!

Don’t allow that little bit to be more of the same, though.  Our bright and/or gifted kids don’t need more, they need different.  A “gifted” program that is the regular program plus more of the same stuff is not a gifted program.  Far too many academic mindsets fall into the “If an average kid can do four worksheets, the gifted kids should be doing ten worksheets” category.  No.  A thousand times, no.

Kids who read know so much more than non-reading kids, it’s almost impossible to talk about. All to often, a teacher doesn’t read, either, and how can that kind of person help our reading children?  And why would a non-reader be allowed in a classroom anywhere NEAR our children in a school?  Atrocious!

Parents, if you suspect – or know for sure – that your child is gifted, or even just bright (they’re not the same thing!) monitor what’s happening in the classroom, and monitor it closely.  Frustration is expressed not only by kids who don’t/can’t “get it;” frustration is also expressed by kids who “got it” long ago but are being required to review it instead of advance.   Gifted kids can be quirky, which is off-putting to some teachers, especially the ones who are most comfortable in a box.

There are all kinds of bright and/or gifted kids, too.  Not all of them are avid readers; just as many are avid builders, creators, inventors, artists, musicians, scientists, etc.  All things that are not tested; therefore, all things not emphasized by most schools.

And now I’m rambling, and probably sounding like a misanthropist when I don’t mean to be.  I think ALL of our children deserve the very, very best, and it’s just not fair that most schools aren’t even trying to give it to them. 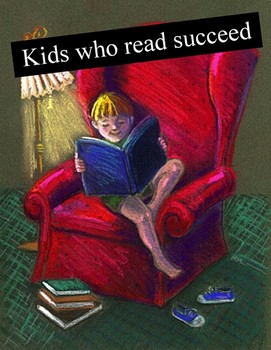 And if your child or student tries to explain to you that he/she reads in an unusual way, LISTEN.  If your child tells you that a teacher or, for that matter, anyone in the school took his/her book away from him/her because he/she was “too young” for it, get in the car and drive to the school and go inside and let it be known that this will Never.  Happen.  Again.

My seven-year-old self thanks you.