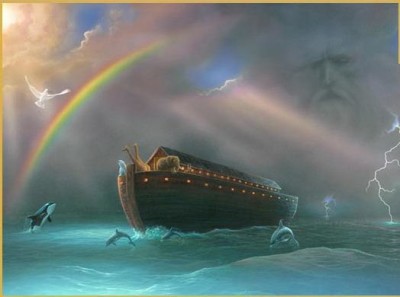 Mamacita says:  First of all, please remember that the literal level is the very lowest, simplest, basic form of reading and interpretation.  Good readers and thinkers have advanced above the literal level into the inferential and figurative levels.  That being said. . . .

There’s a lot of controversy about the new “Noah” movie, but I think most of it involves people who don’t know much about the history of the planet, and who haven’t actually READ FOR THEMSELVES the segments in pretty much any religion’s holy book about the flood.

“There were giants in the earth in those days; and also after that, when the sons of God came in unto the daughters of men, and they bare children to them, the same became mighty men which were of old, men of renown.”  — Genesis 6:4

These giants, according to many and NOT according to probably just as many, were the Nephilim, sometimes regarded as fallen angels.  Not the Satanic kind; just the proud and snotty kind.  Still brothers to the Seraphim, but lacking many of their original powers because of their decision to have sex with mingle with the women of earth – the “daughters of men.”  We have no way of knowing for sure what they may have looked like.  Your guess is as good as mine.  Our guesses are as good as a screenwriter’s.  It is also a theory that the creative geniuses of our planet are descendants of the Nephilim.  I kind of like that one.

Maybe they looked like CGI rocks.  Maybe they were tall and handsome.  I wasn’t there.  Neither were you.  We don’t know.

As for whether or not there really was a Great Flood, if you have any kind of literary background at all you will already know that almost every single culture on the planet has at least one story of such a flood, and while the peripherals may differ, the gist remains: the major deity became disgusted with the behavior of mortal men, and decided to wipe them out with many waters.  One family was spared, with the hope that the more positive gene pool would repopulate the planet with a better sort.  On a geological time line, these floods all pretty much coincide.  Sometimes I think writers and readers have as great a grasp of science as the actual scientists.  Of course, I also believe we are all scientists if we let ourselves be, so there.

The Greek myths of Baucis and Philemon, who showed hospitality to the gods and were thus spared from drowning, and of Deucalion and Pyrrha, who were forewarned about the destruction and who built an ark to escape it, are but two ancient flood stories.  There are dozens.  DOZENS.  All with the same theme, but with different details.

In fact, since education is all about connections, some of you probably already know that when Zeus and Hermes descended to the earth and traveled from village to village to check out the beliefs and hospitality of the people, they disguised themselves as peasants.  When the New Testament disciples Paul and Barnabas traveled from village to village spreading the brand-new Gospel, people assumed the two men were Zeus and Hermes.  That was a familiar story to them, you see.  (Yes, it’s in the Bible.)

Many theologians believe that one (of probably many) reasons Jesus turned water into wine at the Canaan wedding was because he knew the people would recognize it as a miracle because in several Greek myths a god turned water into wine.  Even the commonest of people would have been familiar with these stories, so seeing water turned into wine before their eyes was an excellent way to establish Jesus as a miracle worker.

The stories were built AROUND the flood, to explain it to somewhat primitive people who could have no way of comprehending a scientific disaster and who needed reasons provided by their (now mythical) religions to explain it.

I would also bet money, if I had any, that many of the people protesting the “non-accuracy” of the new “Noah” movie believe that there were only two of each animal on that ark, when in fact the Christian Bible itself says not, according to Genesis 7:2:

That, my friends, is a lot of manure.  Shoveling it out must have taken the better part of each day.

As a child, I used to wonder how Noah, his wife, their three sons, and their wives, managed to 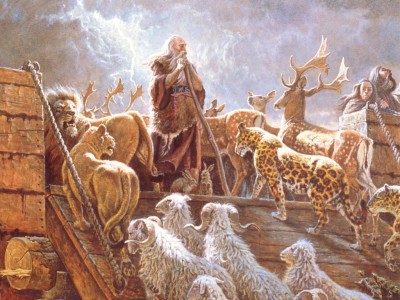 keep the lions from eating the rabbits.  And where did Noah get the meat to feed all the carnivores?  Was that why he needed seven pairs of most animals?  Because you know there would be more than that by the time the whole thing was finally over.

There are theories that Noah also had several daughters whose husbands were among those who mocked Noah and his sons while they were building the ark, so Noah let them drown along with the other unholy townspeople.  I like that, too.  The screenwriters made up some characters and happenings and manipulated others, but seriously.  To take ancient word-of-mouth stories finally written down in who knows which version absolutely literally isn’t logical.  It’s the core we must look at, not the embellishments each teller of a tale added.

This is how my mind has always worked.  My poor teachers.

There were groves of cypress and other trees in some of the desert’s oases, so that one never bothered me.  “Gopher wood” has many translations.

I think it boils down to this:  one must cultivate a willing suspension of disbelief to believe – and to enjoy – much of what makes up any culture.  Scientists understand this.  Writers do, too.  Children have it instinctively until it’s beaten out of them by prosaic parents and traditional schooling.

Common Core is doing its best to wipe out all aspects of individuality, creativity, art, music, and anything that a child might have in himself to stand out.  People were never meant to be standardized.  The very idea is horrible.  But I digress.

People who don’t “believe” in anything must lead such drab, ordinary lives.  I can’t imagine a life 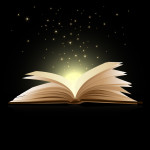 without imagination, artistic leanings, creativity, and the cultivating of all these things in children and each other.  You don’t believe in any kind of magic?  You poor thing.  And your even poorer children.

We don’t have to subscribe to the peripherals to believe in the core.

I plan to enjoy the new “Noah” film.  I don’t have to sit there with a Bible and a notebook and write down all the things that offend me, because the only thing that might offend me is bad acting, poor writing, and the presentation of fantasy that doesn’t engage me in the moment.  As for those pathetic people who are criticizing the film because it doesn’t conform to their particular set of beliefs:  which version of the Bible are you referring to?  Oh, that’s right.  The one you personally subscribe to.

I rest my case.