Mamacita says: Everybody on the basketball team is trying really, really hard. Some of them are displaying amazing skills, while others aren’t quite up to the same level of competence. Some of them can hit almost every basket; others on the team will hit maybe one basket out of ten or more attempts. Some haven’t made a basket yet. One player’s specialty seems to be fumbles and fouls. A couple of players can’t stop double-dribbling. Even though most of the players know what they’re doing and are really putting a lot of effort into the game, they are constantly thwarted by those few players who either can’t do it, or who could obviously do better but don’t care about the outcome. All of the players, however high or low their skills may be, are necessary because, according to the rules, the team MUST have a certain number of players in order to be a team at all. The winner will be the team as a whole, not the individual players according to their personal skills and attitudes. Those players who can play well will always be handicapped by the players who can’t/won’t, and those players who can’t/won’t will always be necessary to make up the numbers. And sometimes there is a miracle, and a player who hasn’t done anything all season will score the winning point with an amazing mid-court throw. Good coaches never stop trying.

The score is determined by the number of points made, and the points are made by throwing the ball THROUGH the basket. Whichever team can throw

the ball through the basket the most, within a certain time frame, wins.

I don’t know all that much about sports, but I do know this: the rules are set and only a fool would ask for exceptions. It just isn’t done. In sports, the score is what it is, and the score is determined by how many points a team makes, and the team’s points are made by individuals. Each individual either makes a point, or he doesn’t. There is, as Yoda says, no ‘try.’ The team’s score is calculated by adding up each individual player’s contribution.  These stats are kept, meticulously, by a scorekeeper.

In the middle of a game, someone suddenly stands up and runs down the bleachers, screaming. This person marches up to the scorekeeper and DEMANDS that a certain player receive a point even though his ball did not go through the basket. 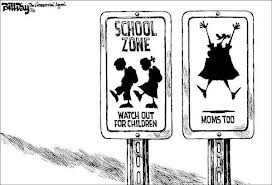 “It’s not his fault that his skills are not as well developed as the players who made most of the points! All players should be given credit for SOME points, even if they didn’t actually earn them! It’s bad for their self-esteem to have a zero in the stats; don’t give them full credit, of course, but they should be given half, at least. It’s not their fault that they can’t perform as well as the kids who actually got the ball through the basket. Every member of the team deserves to get a point for each attempted basket, whether the ball went through or not. The scorekeeper has the power to give points; why shouldn’t the scorekeeper be the one who actually receives the credit or the blame for a team’s total points? It would be so easy to award ALL the individuals who make up the team; how could the scorekeeper be so cruel as to deny any player a point when the player tried! He TRIED! Isn’t that worth at least one point? Shame on the scorekeeper! Shame! It’s not fair that only the players with better skills get all the points! Maybe it WAS the kids who listened and tried and practiced above and beyond the coach’s directives who really won the game for the team, but it’s not fair for them to get all the awards when the kids who didn’t practice, didn’t obey the coach, and just plain didn’t have the ability were, um, THERE, too! The players who TRY should get a point for each attempt.”

Now, imagine that this is your mom making this scene. Could anything ever even approach the humiliation of that moment? What would she be THINKING? Doesn’t she

understand that you only get points when the ball goes THROUGH the hoop? Didn’t she see that none of your throws went through the hoop? Why would she even imagine that you should get points when you didn’t make any? Why, in the sports stats, a kid who didn’t make a single basket might still be credited for ten or more points per game! A player who got the ball through the hoop several times wouldn’t have as many stat points as the kid who got none! How ridiculous would that be?

Can any of you imagine yourselves making this scene?

Of course not. We all know better than to demand exceptions, and points-not-earned, when it comes to athletics. How absurd.

So, then, why are some of us so ready to march to school and demand at least a FEW points for our child, when the child didn’t do anything to earn any points?

Some schools have a rule that even a child who earns a zero will still get sixty points, because to give a child a zero would be bad for the kid’s self esteem. In some districts, 60% is a D-, and with a D- a student will be promoted, legitimately, to the next grade.

In other words, a kid who doesn’t lift a finger all year, and who, if the stats were kept 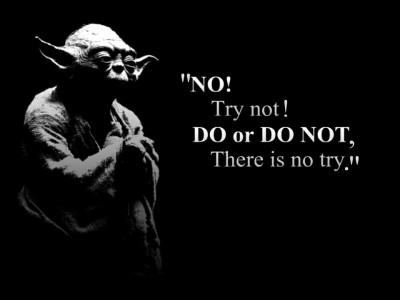 accurately, would have a string of zeros after his name because he didn’t earn any points, ends up with more points recorded than a hardworking kid who just isn’t very smart who EARNED, maybe a 55% or less, and who won’t be promoted because he hasn’t earned enough points.

Well, in today’s society, both students would probably be promoted no matter how few points they earned over the course of the school year. Don’t get me started on that one.

My point is, to get points, one must earn points, and to earn points, one must actually demonstrate competence in something, whether it be getting a ball through a hoop, or spelling “ball” and “hoop” correctly, or counting how many tries it took to get the ball through the hoop, and if there is no competence demonstrated, then there are going to be a lot of zeros after this kid’s name, unless the Self Esteem Police have dictated that a kid who earned nothing has in fact earned a lot more than a kid who earned something. 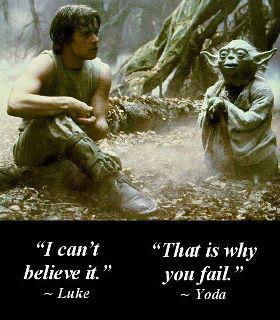 I call foul on this one.