Mamacita says:  Some people don’t like quotations. “They’re not original!” or some such, blahblahblah. I like a good quotation. They make me more original.   A good quotation is a thought made sharable.

I’ve been collecting quotations since I was in my teens; that’s as much as ten years.  (coughcough)  When we moved, I thought I’d lost my original classy file system which consisted of a paper ream box lid and ten thousand little lined file cards.  Last week, finally boxing up some random things in my former laundry room, I found the lid.

Usually I try to have a theme, but not this time.  I’m just going to go in order, “order” in this case being somewhat amusing to consider in and of itself.  We’ll call it “A.”  Letter “A.”

1.  Where tillage begins, other arts follow.  The farmers, therefore, are the founders of human civilization.  — Daniel Webster

2.  There are some people whose idea of adventure is to sit home like great puddings with the sauce of television pouring over them.  — Gene Rheaume

4.  Don’t be content with being average.  Average is as close to the bottom as it is to the top.  — Anon.  (This has been my motto for many years!)

5.  Wisdom doesn’t necessarily come with age.  Sometimes age just shows up all by itself.  — Tom Wilson

6.  Most people are willing to pay more to be amused than to be educated.  — Robert Savage

7.  Be ashamed to die until you have achieved some victory for humanity.  — Horace Mann

8.  We need programs that will teach athletes how to SPELL “Jump shot” rather than how to shoot it.  — Larry Hawkins

9. An ass is but an ass, though laden with gold.  — Thomas Fuller

10. Art is the signature of civilization.  — Beverly Sills

11.  Compared with what we ought to be, we are only half awake.  The human individual lives usually far within his limits; he possesses powers of various sorts which he habitually fails to use.  — William James

12.  Be wary of the man who urges an action in which he himself incurs no risk.  —  Joaquin Setanti

13.  Ancestry is most important to those who have done nothing themselves.  —  Louis L’Amour

14.  I love good creditable acquaintance; I love to be the worst of the company.  — Jonathan Swift

15.  Action is eloquence, and the eyes of the ignorant are more learned than the ears.  — Shakespeare

16.  A work of art is a corner of creation seen through a temperament.  — Emile Zola

18.  An appeaser is one who feeds a crocodile – hoping it will eat him last.  — Winston Churchill

19.  Activity is the politician’s substitute for achievement.  — Anon

20.  What art offers is space – a certain breathing room for the spirit.  — John Updike

21.  The great artists of the world are never Puritans, and seldom even ordinarily respectable.  — H. L. Hencken

22.  I am bound to furnish my antagonists with arguments, but not with comprehension.  — Disraeli

23.  Who serves his country well has no need of ancestors.  — Voltaire

25. He is a man of splendid abilities, but utterly corrupt.  He shines and stinks like rotten mackerel by moonlight.  — John Randolph

27.  The same wind snuffs candles yet kindles fires; so, where absence kills a little love, it fans a great one.  — La Rochefoucauld

28.  He had the general look of an elderly fallen angel traveling incognito.  — Peter Quennell

29.  If you can tell the difference between good advice and bad advice, you don’t need advice.  — the OK Rotary Club Bulletin

30.  Admiration is our polite recognition of another man’s resemblance to ourselves.  —  Ambrose Bierce

31. There are those, I know, who will say that the liberation of humanity, the freedom of man and mind, is nothing but a dream.  They are right.  It is.  It is the American Dream.  — Archibald MacLeish

32.  Scratch an artist, and you surprise a child.  — James Huneker

33.  The most original modern authors are not so because they advance what is new, but simply because they know how to put what they have to say as if it had never been said before.  — Goethe

34.  An actor is a sculptor who carves in snow.  — Laurence Barrett

36.  Being about to pitch his camp in a likely place, and hearing there was no hay to be had for the cattle, “What a life,” said he,”is ours, since we must live according to the convenience of asses!”  — Plutarch

37.  I think it’s interesting how much we can accomplish before we find out we can’t do something.  — General Leslie Groves

38.  Authority does not make you a leader.  It gives you the opportunity to be one.  — Unknown

39. There is a natural aristocracy among men.  The grounds of this are virtue and talent.  — Jefferson

40.  Adventures are an indication of inefficiency.  Good explorers don’t have them.  — Herbert Spencer Dickey

41.  Advice:  the suggestions you give someone else which you believe will work to your benefit.  — Anon.

42.  Each snowflake in an avalanche pleads not guilty.  — Stanislaus J. Lee

43.  Amnesty:  the state’s magnanimity to those offenders whom it would be too expensive to punish.  — Ambrose Bierce

44.  Every genuine work of art has as much reason for being as the earth and the sun.  — Emerson

45.  Amusement is the happiness of those who cannot think.  — Alexander Pope

47.  Become so wrapped up in something that you forget to be afraid.  — Lady Bird Johnson

48.  I have long been disposed to judge men by their average.  If it is reasonably high, I am charitable with faults that look pretty black.  — Ed Howe

49.  When two men in a business always agree, one of them is unnecessary.  — William Wrigley, Jr.

50.  No matter what accomplishments you achieve, somebody helps you.  — Althea Gibson

51.  It is easy to sit up and take notice.  What is difficult is getting up and taking action. — Al Batt

52.  By appreciation we make excellence in others our own property.  — Voltaire

53.  Most of us ask for advice when we know the answer but want a different one.  — Ivern Ball

54.  “Automatic” simply means that you cannot repair it yourself.  — Anon.

55.  He that makes himself an ass, must not take it ill if men ride him.  — Thomas Fuller

56.  Old age is the most unexpected of all things that happen to a man.  — Leon Trotsky

57.  Advice is offensive because it shows us that we are known to others, as well as to ourselves.  — Samuel Johnson

58.  Art comes to you proposing frankly to give nothing but the highest quality to your moments as they pass.  — Walter Pater

59.  The axis of the earth sticks out visibly through the centre of each and every town or city.  — Oliver Wendell Holmes

60.  There is no absurdity so palpable but that it may be firmly planted in the human head if you only begin to inculcate it before the age of five, by constantly repeating it with an air of great solemnity.  — Shopenhauer

62.  Age does not protect you from love.  But love, to some extent, protects you from age.  — Anais Nin

63.  Old people like to give good advice, as solace for no longer being able to provide bad examples.  — La Rochefoucauld

64.  What wrestles with us strengthens our nerves and sharpens our skill.  Our antagonist is our helper.  — Edmund Burke

65.  Almost all absurdity of conduct arises from the imitation of those whom we can not resemble.  — Samuel Johnson

66.  There is something that is much more scarce, something rarer than ability.  It is the ability to recognize ability.  — Robert Half

68.  Knowing you’ll have something good to read before bed is among the most pleasurable of sensations.  — Vladimir Nabokov

69.  Action without study is fatal.  Study without action is futile.  — Mary Beard

70.  One good thing about becoming ninety years old is that you’re not subject to much peer pressure.  — Anon.

71.  What I like in a good author is not what he says, but what he whispers.  — Logan Pearsall Smith

72.  The trouble with good advice is that it usually interferes with our plans. — E.W. Howe

73.  Anyone who conducts an argument by appealing to authority is not using his intelligence; he is just using his memory. — Leonardo Da Vinci

74.  True affluence is not needing anything.  — Gary Snyder

75.  One thing most alumni won’t stand for is a college football team that plays like a bunch of amateurs.  — G. Norman Collie 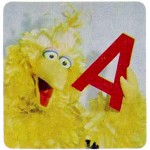 You might have noticed that all of these quotations have something to do with the letter “A.”  I’d insert a Sesame Street remark here, but I don’t want to get political.