Mamacita says:  J.K. Rowling is my idol. There; I’ve said it and now everybody knows.

She has earned every penny, and she did it with her imagination. I admire this so much – there are no words. No words of my own, anyway.

She has created a world in which those with imagination, creativity, and curiosity can dwell happily, with peers, even; this is often the first time and only place such people CAN go. Rowling has also done more for literacy than any government program. With my own eyes, I have seen semi-literate little boys striving to read a Harry Potter book, because the playground talk about the characters, setting, plots, themes, etc. are so alluring, no kid wants to be without them.

As for parents and “teachers” who think Harry Potter is evil, and who have forbidden them. . . . well, this topic needs its own post, because I firmly believe such people are idiots, and that’s speaking euphemistically. For people who don’t believe in Harry Potter, “euphemistically” means “using nice words when snark is what I really think.” I always assume that people who advocate censorship are stupid, and have tiny vocabularies.

1. It is our choices…that show what we truly are, far more than our abilities.

3. Differences of habit and language are nothing at all if our aims are identical and our hearts are open.

4. It matters not what someone is born, but what they grow to be.

5. Dark and difficult times lie ahead. Soon we must all face the choice between what is right and what is easy.

6. Age is foolish and forgetful when it underestimates youth.

7. His priority did not seem to be to teach them what he knew, but rather to impress upon them that nothing, not even… knowledge, was foolproof.

8. Indifference and neglect often do much more damage than outright dislike.

7. If you want to know what a man’s like, take a good look at how he treats his inferiors, not his equals.

8. It is my belief… that the truth is generally preferable to lies.

9. Youth cannot know how age thinks and feels. But old men are guilty if they forget what it was to be young.

10. Choosing to live in narrow spaces leads to form of mental agoraphobia and that brings its own terrors. I think the willfully unimaginative see more monsters, they are often more afraid. What is more, those who choose not to empathize enable real monsters. For without ever committing an act of outright evil ourselves, we collude through our own apathy.

11. It is impossible to live without failing at something, unless you live so cautiously that you might as well not lived at all. In which case, you’ve failed by default.

12. Personal happiness lies in knowing that life is not a checklist of acquisition or achievement. Your qualifications are not your life.

13. There is an expiry date on blaming your parents for steering you in the wrong direction. The moment you are old enough to take the wheel, the responsibility lies with you.

14. We do not need magic to transform our world. We carry all the power we need inside ourselves already. We have the power to imagine better.

15. You will never truly know yourself or the strength of your relationships until both have been tested by adversity.

16. It is a curious thing, Harry, but perhaps those who are best suited to power are those who have never sought it. Those who, like you, have leadership thrust upon them, and take up the mantle because they must, and find to their own surprise that they wear it well.

17. You sort of start thinking anything’s possible if you’ve got enough nerve.

18. You think the dead we loved ever truly leave us? You think that we don’t recall them more clearly than ever in times of great trouble?

19. People find it far easier to forgive others for being wrong than being right.

20. Voldemort himself created his worst enemy, just as tyrants everywhere do! Have you any idea how much tyrants fear the people they oppress? All of them realize that, one day, amongst their many victims, there is sure to be one who rises against them and strikes back!

21. We’ve all got both light and dark inside us. What matters is the part we choose to act on. That’s who we really are.

22. We’re all human, aren’t we? Every human life is worth the same, and worth saving.

23. Let us step into the night and pursue that flighty temptress, adventure.

24. . . . you sort of start thinking anything’s possible if you’ve got enough nerve.

25. Is ‘fat’ really the worst thing a human being can be? Is ‘fat’ worse than ‘vindictive’, ‘jealous’, ‘shallow’, ‘vain’, ‘boring’ or ‘cruel’? Not to me. . . I’d rather they were independent, interesting, idealistic, kind, opinionated, original, funny – a thousand things, before ‘thin’. And frankly, I’d rather they didn’t give a gust of stinking chihuahua flatulence whether the woman standing next to them has fleshier knees than they do. Let my girls be Hermiones, rather than Pansy Parkinsons.

26. Books are like mirrors: if a fool looks in, you cannot expect a genius to look out.

27. There’s always room for a story that can transport people to another place.

29. Love as powerful as your mother’s for you leaves its own mark. To have been loved so deeply, even though the person who loved us is gone, will give us some protection forever.

30. I really feel that we’re not giving children enough credit for distinguishing what’s right and what’s wrong. I, for one, devoured fairy tales as a little girl. I certainly didn’t believe that kissing frogs would lead me to a prince, or that eating a mysterious apple would poison me, or that with the magical “Bibbity-Bobbity-Boo” I would get a beautiful dress and a pumpkin carriage. I also don’t believe that looking in a mirror and saying “Candyman, Candyman, Candyman” will make some awful serial killer come after me. I believe that many children recognize Harry Potter for what it is, fantasy literature. I’m sure there will always be some that take it too far, but that’s the case with everything. I believe it’s much better to engage in dialog with children to explain the difference between fantasy and reality. Then they are better equipped to deal with people who might have taken it too far.

32. I have always imagined that paradise will be a kind of library.

33. I was set free, because my greatest fear had already been realized, and I was still alive, and I still had a daughter whom I adored, and I had an old typewriter and a big idea. And so rock bottom became the solid foundation on which I rebuilt my life.

34. I’m hoping to do something good in the world!

35. Curiosity is not a sin…. But we should exercise caution with our curiosity… yes, indeed.

26. I always advise children who ask me for tips on being a writer to read as much as they possibly can. Jane Austen gave a young friend the same advice, so I’m in good company there.

27. If she could have done one thing to make absolutely sure that every single person in this school would read your interview, it was banning it!

28. When I was quite young my parents never said books were off limits.

29. Always use the proper name for things. Fear of a name increases fear of the thing itself.

30. Words are, in my not so humble opinion, our most inexhaustible source of magic.

31. Whatever happens to your body, your soul will survive, untouched…

32. It is impossible to manufacture or imitate love.

33. She had a way of seeing the beauty in others, even, and perhaps most especially, when that person couldn’t see it in themselves.

34. No man or woman alive, magical or not, has ever escaped some form of injury, whether physical, mental, or emotional. To hurt is as human as to breathe.

35. I sat and thought for four (delayed train) hours, and all the details bubbled up in my brain, and this scrawny, black-haired, bespectacled boy who didn’t know he was a wizard became more and more real to me.

36. How do you want to be remembered?
~As someone who did the best she could with the talent she had.

37. If you choose to use your status and influence to raise your voice on behalf of those who have no voice; if you choose to identify not only with the powerful, but with the powerless; if you retain the ability to imagine yourself into the lives of those who do not have your advantages, then it will not only be your proud families who celebrate your existence, but thousands and millions of people whose reality you have helped transform for the better. We do not need magic to change the world, we carry all the power we need inside ourselves already: we have the power to imagine better. 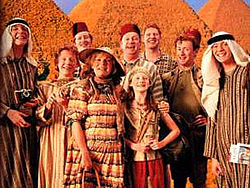 38. That which Voldemort does not value, he takes no trouble to comprehend. Of house-elves and children’s tales, of love, loyalty, and innocence, Voldemort knows and understands nothing. Nothing. That they all have a power beyond his own, a power beyond the reach of any magic, is a truth he has never grasped.

39. I am very frustrated by fear of imagination, I don’t think that’s healthy.

40. If you don’t like to read you haven’t found the right book.

42. Nothing is more unnerving to the truly conventional than the unashamed misfit!

43. You can have a very intense relationship with fictional characters because they are in your own head.

44. Why had he never appreciated the miracle that he was, brain and nerve and bounding heart?

45. Those who loves us never really leaves us.

46. My parents, both of whom came from impoverished backgrounds and neither of whom had been to college, took the view that my overactive imagination was an amusing personal quirk that would never pay a mortgage, or secure a pension.

47. Always have a vivid imagination, for you never know when you might need it.

48. Numbing the pain for a while will make it worse when you finally feel it.

49. The truth is always easier than a lie or an evasion – easier to deal with and easier to live with.

50. My readers have to work with me to create the experience. They have to bring their imaginations to the story. No one sees a book in the same way, no one sees the characters the same way. As a reader you imagine them in your own mind. So, together, as author and reader, we have both created the story.