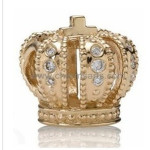 Mamacita says:  Let’s talk about Christmas. I consider it the crown: the end of the year, the thing that makes winter endurable.  Remember, Narnia was nothing but ice, snow, and bone-chilling cold while the White Witch ruled it.  “Always winter and never Christmas” is still one of the scariest descriptions I’ve ever heard.

The White Witch still wants to erase Christmas from our winter.  I’ve got an idea:  Let’s not allow it.

Honestly, I don’t care if people choose not to view December as the highlight of winter.  Celebrate something, or not. Your call.  Nobody is forcing you to believe in anything, but you probably will have to see things you refuse to have in your own home.  That’s your business, your own home.   I’m a firm believer in families doing whatever they want in their own homes.  Once outside that home, however,  people need to go with the flow, by which I mean simply BE NICE.  No one person is the center of the universe, including you.  .  It is only in our own homes that we deserve to get our own way.  And not all the time, unless you’re the only one living there.

If your belief system is that shaky, you might want to reconsider it. 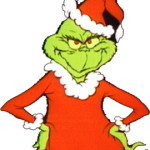 Grinches will get no attention from me, except the smirk and snark when they turn their backs.  I expect the same consideration (until I turn my back) from them.  And if they’re nice and do what’s right, nobody will ever know they’re Grinch-y.  I’m sorry for their children, though.

In public, however, only rude beasts throw greetings back into someone’s face, or take offense if someone puts a symbol on their lawn.  Or throws a hissy fit at the sight of a symbol anywhere, for that matter.  Chill.  We live in a country wherein most of the population likes to do “something” at this time of year.  Take advantage and participate if you wish; don’t do anything about it if you wish.  Just be nice.  Everybody: just be nice.  When someone greets you, say “thank you.”  It’s easy.

Good manners are free.  Let’s all take advantage of that!

Remember:  easily offended people make good targets.  Old as I am, I want to poke them with a stick.  Don’t be that guy.  Smile.  Nobody’s trying to provoke you when they say dreadful abusive things like “Happy Hanukkah” or “Merry Christmas.”  They’re just happy and are including you in their joy.  Don’t be offended by “Happy Holidays,” either.  This philosophy works both ways.  Chill.  Everybody.  Chill.