Forbidden fruit by any other name. . . .

Because we were forbidden to read it in its entirety in school. It was too racy. Unquote.  Not all of it, of course.  Some of it was in our literature anthology – just not the good parts.  “I do not want to see any of you students with this unabridged book in your possession.  If I do, it will be confiscated at once, and your parents notified.”  Challenge accepted, school.  Everybody loves forbidden fruit.  The Miller and the senior class spent some time together after that; the first time we read it, we couldn’t believe it.  It took two or three readings to comprehend what was going on.  If you don’t know, you need to read it, too.  “The Miller’s Tale.”  Raciness is nothing new. 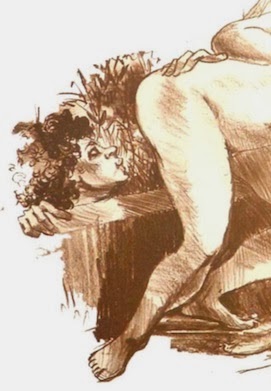 Between “The Miller’s Tale” and “The Song of Solomon,” my teen years were full of hormones….

There was also a waiting list for “Flowers for Algernon” and “Catcher in the Rye.”

The only reason I read those, and many others, as a kid, was because the school forbade it. We were given a list of forbidden books every year, and we had to sign a pledge promising that we would NOT read these dirty books.  Every year, the administration turned legitimate literature into forbidden fruit

If they were really smart, they would have given us a list of books they WANTED us to read and told us they were forbidden.

And then there was my church. . . .they liked to participate in book banning, too.

We were forbidden to read the “Song of Solomon” in Baptist Youth Group. That’s why we took flashlights to church and read it in the dark basement – we were driven to it. There’s really not a lot of difference, plot-wise, between “The Miller’s Tale” from The Canterbury Tales, and “The Song of Solomon” from the Holy Bible.  Both chapters are graphic – really graphic.  One is graphically vulgar and the other is graphically lovely, but when you’re a teenager, graphics is graphics. The intentions may have differed, but the activities were much the same.

There may also have been some serious making out going on down in that gloomy church basement; the braver kids took turns reading Solomon out loud, but we shyer kids were too scared we’d get caught, and read it to ourselves.  A Bible with a bookmark in “The Song of Solomon” was enough to get a girl grounded back then. 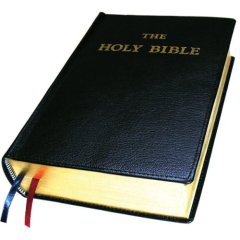 So yep.  Lots of making out in the church basement to the accompaniment of the older, braver teens reading “Song of Solomon” out loud to each other.

Not that I would personally know.  But for years, that’s what I thought “Holy Roller” meant.