Mamacita says:  Testing, you say?  Don’t get me wrong.  I believe in testing, to a point.  I do not believe that a student who can’t pass a simple test of basic skills should be promoted at all, in fact.

That fact is, there are certain basic skills that all people simply must have in order to are for themselves, and for others, in this life.  Those who have chosen to become adults, yet have also chosen to not learn these basic skills, are potentially. . . societal leeches.  It is a disgrace to become an adult and not have the ability to support oneself.  I can’t imagine anyone disagreeing with this, so maybe what we are really talking about is which direction to point the Finger of Blame.

I point it at the student, first of all, with a hefty amount of blame for the family as well.  A little blame for the teacher, and a big pointy middle finger at administration.  But mostly, I blame the student.

Yes, we have some pretty lousy schools, and they’re getting lousier.  Some of them are lousy because lousy teachers were hired.  However, I firmly believe that most of our teachers are excellent, or could be, if not for decisions and mandates handed down to them by lousy administrators.  I also point the Finger of Blame at the family – not every family, or even most – but the Finger of Blame definitely points its long middle finger at families who will not allow their kids to be challenged, punished, or in any way whatsoever held responsible for their own actions, and by a society led by these kinds of people that insists that it is not a kid’s fault if he/she behaves badly; it’s SOCIETY’S fault, poor kids, poor poor kids, and when these kids crush, kill, destroy, disrupt, vandalize, talk back, threaten, bully, sleep, sell drugs, take drugs, rape, harass, street-talk, mug, skip, or otherwise renege on the societal contract, it’s not their fault; it’s somebody else’s fault, always.  The poor things can’t help it.  It’s not their fault.  They’re victims of the system.  And I maintain that it is this lack of backup from families, and administrators who are unwilling to buck the political system of a community and crack down HARD on offenders, that are our worst problem.

Parents are busy.  Most of them are working  Daycare is eating up their money and they need the school to keep their kids.  I’ve been there.  I know.  I understand.

Our schools are already feeding the kids breakfast, lunch, and dinner, and staying open till after dark to accommodate working parents.  Schools are expected to teach the kids how to read, and also how to treat others, feel good about themselves, behave, and many other things that the family is supposed to do but far too many times, doesn’t.

The school is held accountable for all these things the family is supposed to do.  When did that happen?  This is reprehensible.

Our pre-K’s can tell you all about the latest Jerry Springer guest or the Red Wedding from Game of Thrones or Daddy’s latest girlfriend or Mommy’s latest Uncle Daddy, but they don’t know what happened to Humpty Dumpty.  They can tell you all about Fitty Cent and Kanye and Lady Gaga’s meat dress, but they don’t know how to say “please” or “thank you.”  They see something they want and they just grab for it.

They’re sitting beside your child in chool, and they’re stealing erasers, paper, pencils, and money from the teacher’s purse.  Some of them don’t even know they’re stealing.  They see it and they want it so they take it.

This same mentality is also found in the upper grades.  Anything they see that they want, they just grab.  When the hormones kick in , this becomes an even worse problem.

This kind of kid often has the kind of parent who, if called, will cuss out the teacher for waking him/her up, spew forth a tirade about how “that’s the school’s problem, I sent him to school to be taught, I cain’t do nothing with him, and don’t call me again, dammit.”

Some kids are so far gone that even the knowledge that one more call to mom’s place of employment will result in her being fired doesn’t faze them.  They’re entrenched in selfishness to the point that instant gratification in all aspects of life is their daily expectation.  They’re entitled to whatever they want.

These behaviors cross all ethnic lines; no one group can be singled out.  Some of the very worst are rich white offspring of professions.  (I guess I just singled a group, huh.  Bite me.)

As for bullying, you will not find me wasting my time sympathizing with a bully.  My sympathies are with the victims of this little monster.  If the bully is yours, be finding out fast, believe it when you hear it, and do something about it before you bully turns into a criminal.  All too often, the first adult who says “no” to some of these kids is a judge.  And it is the innocent victims of bullying who are deserving of our attention. 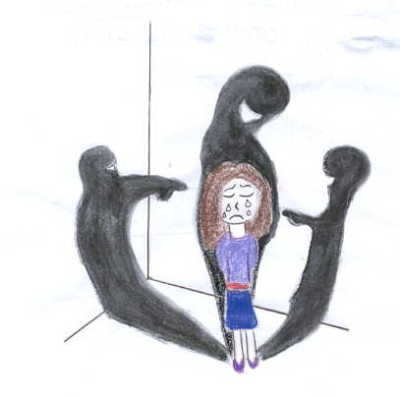 Save your sympathy for the victim of bullying, not the bully.

Why can’t we return to the amazing, off-the-wall concept of LEARNING?  That’s right, a child comes to school, behavior properly because that’s how his family is raising him/her, and is exposed to all kinds of awesome concepts and facts and projects and miracles and outer space and underground and inside a book and imagination and experiments and research and how to care for himself/herself and others so that when the student becomes an adult, he/she will be able to support and care for himself/herself and others, and use any leisure time to cultivate himself/herself culturally and to volunteer to hep others??  And the big standardized test at the end of each year would simply cover those things that every person of a certain age simply must know in order to be a contributing member of society.  No pass, no promote.  No play, either. 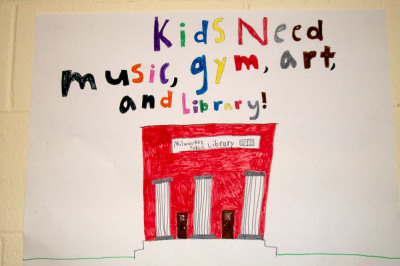 And music.  Oh, the music our schools used to expose us to, and ART.  I still remember the smell of that pile of clay we all kept in our desks.  I learned dozens of major classical music pieces in lower elementary school.  They were disguised as simple, catchy songs.

But there is no time for the arts any more, and there’s no recess either, in many schools.  Every minute must be devoted to practicing for or taking those tests, and to say that this is a great wrong is a great understatement.

We are doing our students no favors by passing them along because of their age or size or parents’ standing in the community.  We are doing them no favors by tailoring their curriculum to a test that doesn’t measure their ability to comprehend that they are in school to learn the things that will help them be the kind of adults that contribute to the world, not take from it.

I believe in testing.  I just don’t believe a test is the purpose of an education.

In real life, “test” isn’t the final blow.  In real life, “this is only a test” means that we shouldn’t worry.  We give a test so people will be able to understand and use the concepts in real life.  It’s what happens AFTER the test that is important.  Those students who pass the test are probably more ready to move on to the next level, where they might use those skills and apply them to new things.  Those who do not yet have the skills should stay where they are until they have them.  What good is it to move them ahead when they do not yet have the skills, ie tools, to comprehend the next level?

Tell your kids to sit up straight and pay attention.  If the teacher calls you, tell her to throw the book at your kid and do it again when he comes home.  Don’t allow any misbehavior at school.  I do not advocate corporal punishment, but Annie Sullivan had to put her hands on Helen Keller to get her to calm down and behave.  If that is what it takes for your particular kid, then do it.  Some people require a little physical pressure; some don’t.  Annie Sullivan knew that Helen had it in her to be awesome; the awesomeness just had to be mined.  Today, Annie would be in the Rubber Room and Helen would have had an IEP with a curriculum so tailor-made for her limitations that she would never have been able to get out of her chair and go outside, let alone go to college, let alone graduate Cum Laude from Radcliffe, go on the vaudeville circuit, make a couple of movies, write several books, lecture, and be received in the White House by twelve different presidents.  In fact, by today’s educational standards, Helen Keller would probably have lived out her life running wild and stealing food out of everybody’s plates with her hands. 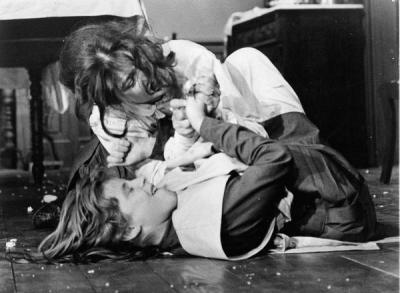 Students are SUPPOSED to be challenged in school.  They’re supposed to have to work hard, and some will always have to work harder than others.  Some kids have their homework done before they get off the bus, while others need four tear-filled tantrum-y hours to get the same assignment done.  Not fair?  Of course it’s not fair.  It was never supposed to be fair; it’s supposed to challenge students and teach them to work hard so they won’t be societal leeches when they grow up.

Above all, we must not continue to avoid our responsibilities as parents.  We must not send our children to school, or anywhere else, and not require excellent behavior.  We must back up our teachers in the area of discipline; if that means you have to drive thirty-six miles after work to pick up your teen because he got “afterschool” for talking back, then so be it  If you are angry at the school because of that, you’ve got a big, big problem, daddy or mommy, and with that attitude, it’s only going  to get worse.  If your kid misbehaves and is bagged for it, be angry with your kid, not the school.  The school has a couple of thousand kids to deal with; if yours doesn’t choose to live with the good manners I’m just sure you are trying to teach him, that’s his problem.  And yours.  And if your kid got mouthy or violent or intrusive or whatever, I’m GLAD he got bagged.  After the school has dealt with him, it’s your responsibility to deal with him again.

Civilization and education and sentience.  I’m all for ’em.  Without all three, we are lost.