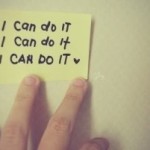 Mamacita says: This coming week is Midterm Week, and while I know for a fact that every single solitary thing mentioned even in passing on this test has been thoroughly covered, I also know that this is the first college midterm for most of my students and they are frightened.

In literary terms, this kind of conflict is called “person vs. the unknown.”  That’s scary because it’s, like, UNKNOWN.  Once they get a few college tests under their belts, they won’t be as frightened because the concept will no longer be unknown.

But for most of them, for this coming week, this is their first college exam and it’s unknown and they’re scared.

I’ve told them many times that a test is nothing but a piece of paper, and that no piece of paper is as important as each individual student, but my students, while understanding and agreeing with this philosophy, also know that their collegiate futures and bank accounts and financial aid depend on the results they get on these midterm exams.

Many years ago, I used to show a little video to my middle school students called The Amazing Cosmic Awareness of Duffy Moon.  It was a charming little Afterschool Special story about a small-for-his-age boy who was bullied, taken advantage of, and 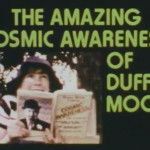 generally picked on to the degree that he decided enough was enough and took the advice of a self-help book.  The boy began to take on jobs too big for his strength, and to confront bullies too big for him to fight, and found success in both.  “You can do it, Duffy Moon!” became his mantra and it worked.

Therefore, to my nervous and worried students, I wish to share this same advice and to give them the same mantra:  You can do it, Duffy Moon!

Because he did, and so can they. 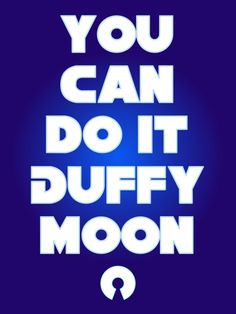 Giggle and guffaw and repeat:  You can do it, Duffy Moon.

It’s just goofy enough to give a student some confidence.  Remember: what you learn while laughing, you remember.

So to my classroom full of Duffy Moons:  YOU CAN DO IT.

I know you can.  You know it, too – let the panic go and meet the challenge head on.  It worked for tiny insecure little Duffy Moon, and it will work for you.

Bring a Coke and a candy bar to class.  It’ll help with your energy level while you’re answering questions.

Your professor has a little good-luck gift for each of you, too.  Don’t get your hopes up; it’s not edible.  But it’s shiny.

I’ll see you all on Tuesday and Friday.  Leave your panic at home.  You won’t need it.

You can do it, Duffy Moon.