1. I have still never used an ATM machine. I think this knowledge would only have negative consequences for me.

2.  I haven’t been addicted to a television show in over 20 years.  I do, however, wait until the complete season dvd’s are available when something seems interesting.   TV just seems like such a waste of time. says the internet addict

3.  I’m still not tired of hearing Jim Dale read Harry Potter to me.  I don’t think I’d get tired of Jim Dale doing anything.  And by “anything,” what I really mean is. . . anything.

4.  I have not outgrown my love of Disney songs.  I may have 289 original soundtrack Disney songs on my iPod in my car.  The more obscure the song, the better I tend to like it.  (Flitterin’, anyone?)

6.  I haven’t conquered my intense addiction to Diet Coke, although as soon as my stash is gone, I’m switching to Diet Pepsi because Coke isn’t making 24 oz bottles any more.

7.  I haven’t quite memorized the last three Harry Potter books yet, although it won’t be much longer.  Yes, I memorize things I love.  Then, they are with me always. Teachers who think memorizing is useless are not my kind of teachers.  I’m not sure what kind they are, but I hate them.

8.  I still don’t like rock salt with eyeballs anchovies.  This doesn’t bother me in the least.  I also hate onions.

9.  I will never go over to the Dark Side.  Intense standardized testing is evil. 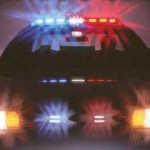 10.  I am glad and proud to state that I have never received a speeding ticket.  For a while, it looked like I’d have to delete this one, as I was pulled over Thursday morning, on my way to school, in the midst of freezing white fog with visibility of pretty much nil.  I’d been driving between 15-30 miles per hour as even the stoplights were not remotely visible.  I couldn’t turn around and go back home because I couldn’t see any place to turn around in.  My headlights barely made out the lines in the highway where the stoplights were; otherwise, I’d have drifted right across the intersection without stopping.  When the police car’s lights finally broke through the snow white impenetrable wall behind me, I pulled over into the unknown.  The officer told me he’d clocked me at 52 mph, which was a total crock.  Being no fool, I did not argue with him, but sat meekly and received my ticket with no comment.  To be accused of going 52 – in a construction zone at that – was pretty devastating to someone who knew perfectly well I’d been going well under 30!  I had actually decided to go to jail rather than pay an unfair ticket.  I’m not kidding.  Then, on Saturday morning at 7:45, the phone rang.  It was the officer, apologizing for ticketing the wrong car!  In the fog, he hadn’t noticed the actual speeder turning off, and since I was the only car on the road that he could see, he assumed it was me!  So now I can still state, with absolute honestly:  I have never received a speeding ticket.

Am I the only one who didn’t know that police officers shoot videos?  It was the video that told the officer he’d pulled over the wrong car.  So, thank you, modern law-enforcing media!

I have never received a speeding ticket.