Mamacita says:  This is the weekend when we celebrate mothers.  This cannot be done with two or three sentences. 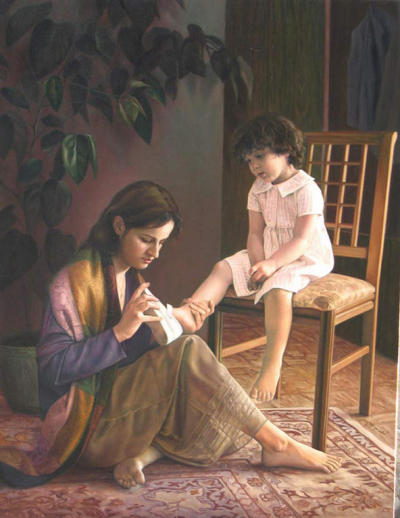 2. The moment a child is born, the mother is also born. She never existed before. The woman existed, but the mother, never. A mother is something absolutely new. ~Rajneesh

3. I remember my mother’s prayers and they have always followed me. They have clung to me all my life. ~Abraham Lincoln

4. A mother is a person who, seeing there are only four pieces of pie for five people, promptly announces she never did care for pie. ~Tenneva Jordan

5. The heart of a mother is a deep abyss at the bottom of which you will always find forgiveness. ~Honoré de Balzac

6. He is a poor son whose sonship does not make him desire to serve all men’s mothers. ~Harry Emerson Fosdick

7. An ounce of mother is worth a pound of clergy. ~Spanish Proverb

8. My mom is a neverending song in my heart of comfort, happiness, and being. I may sometimes forget the words but I always remember the tune. ~Graycie Harmon

9. Any mother could perform the jobs of several air traffic controllers with ease. ~Lisa Alther

10. Grown don’t mean nothing to a mother. A child is a child. They get bigger, older, but grown? What’s that suppose to mean? In my heart it don’t mean a thing. ~Toni Morrison, Beloved

11. The only mothers it is safe to forget on Mother’s Day are the good ones. ~Mignon McLaughlin 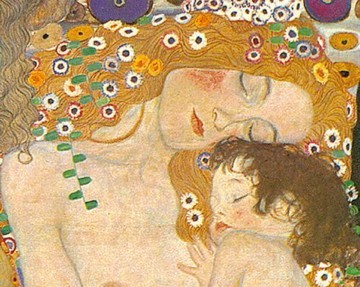 Mother and Child, by Gustav Klimt

12. A mom forgives us all our faults, not to mention one or two we don’t even have. ~Robert Brault

13. One good mother is worth a hundred schoolmasters. ~George Herbert

14. Mother is the name for God in the lips and hearts of little children. ~William Makepeace Thackeray

15. Every beetle is a gazelle in the eyes of its mother. ~Moorish Proverb

16. All that I am or ever hope to be, I owe to my angel Mother. ~Abraham Lincoln 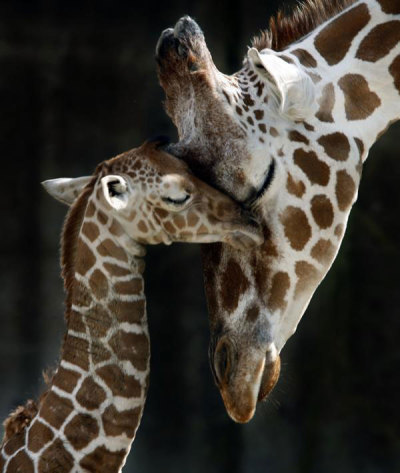 17. No one in the world can take the place of your mother. Right or wrong, from her viewpoint you are always right. She may scold you for little things, but never for the big ones. ~Harry Truman

18. God could not be everywhere, so He created mothers. ~Jewish Proverb

19. Biology is the least of what makes someone a mother. ~Oprah Winfrey

20. I regard no man as poor who has a godly mother. ~ Abraham Lincoln

21. The mother loves her child most divinely not when she surrounds him with comforts and anticipates his wants, but when she resolutely holds him to the highest standards and is content with nothing less than his best. ~ Hamilton Wright Mabie

23. There never was a woman like her. She was gentle as a dove and brave as a lioness… The memory of my mother and her teachings were, after all, the only capital I had to start life with, and on that capital I have made my way. ~ Andrew Jackson

24. Who is getting more pleasure from this rocking, the baby or me? ~ Nancy Thayer

25. No matter how old a mother is, she watches her middle-aged children for signs of improvement. ~ Florida Scott-Maxwell

26. Sometimes when I look at all my children, I say to myself, ‘Lillian, you should have stayed a virgin.'” ~ Lillian Carter

27. And so our mothers and grandmothers have, more often than not anonymously, handed on the creative spark, the seed of the flower they themselves never hoped to see — or like a sealed letter they could not plainly read. ~ Alice Walker 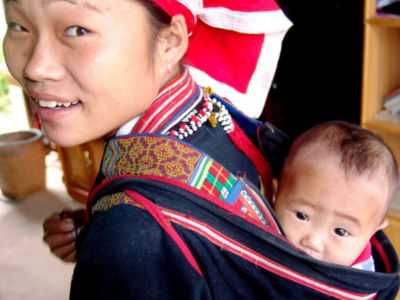 29. If you bungle raising your children, I don’t think whatever else you do well matters very much. ~ Jacqueline Kennedy Onassis

30. I looked on child rearing not only as a work of love and duty but as a profession that was fully as interesting and challenging as any honorable profession in the world and one that demanded the best I could bring to it. ~ Rose Kennedy

32. She was the archetypal selfless mother: living only for her children, sheltering them from the consequences of their actions — and in the end doing them irreparable harm. ~ Marcia Muller

33. Spend at least one Mother’s Day with your respective mothers before you decide on marriage. If a man gives his mother a gift certificate for a flu shot, dump him. ~ Erma Bombeck

34. No one ever died from sleeping in an unmade bed. I have known mothers who remake the bed after their children do it because there’s a wrinkle in the spread or the blanket is on crooked. This is sick. ~ Erma Bombeck

35. Becoming a mother makes you the mother of all children. From now on each wounded, abandoned, frightened child is yours. You live in the suffering mothers of every race and creed and weep with them. You long to comfort all who are desolate. ~ Charlotte Gray

36. Giving kids clothes and food is one of thing, but it’s much more important to teach them that other people besides themselves are important and that the best thing they can do with their lives is to use them in the service of other people. ~ Dolores Huerta

37. Blaming mother is just a negative way of clinging to her still. ~ Nancy Friday

38. I love people. I love my family, my children . . . but inside myself is a place where I live all alone and that’s where you renew your springs that never dry up. ~ Pearl S. Buck

39. The most important thing a father can do for his children is to love their mother. ~ Father Theodore Hesburgh 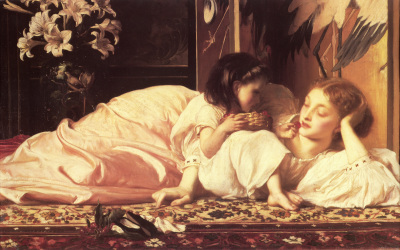 40. When, however, one reads of a witch being ducked, of a woman possessed by devils, of a wise woman selling herbs, or even a very remarkable man who had a mother, then I think we are on the track of a lost novelist, a suppressed poet. . . indeed, I would venture to guess that Anon, who wrote so many poems without signing them, was often a woman. ~ Virginia Woolf

41. A mother’s love for her child is like nothing else in the world. It knows no law, no pity, it dares all things and crushes down remorselessly all that stands in its path. ~ Agatha Christie

42. You do not really understand something unless you can explain it to your grandmother. ~ Albert Einstein

43. If there were no schools to take the children away from home part of the time, the insane asylum would be filled with mothers. ~ Edgar Watson Howe

44. What the mother sings to the cradle goes all the way down to the coffin. ~ Henry Ward Beecher

45. My mother had a great deal of trouble with me, but I think she enjoyed it. ~ Mark Twain 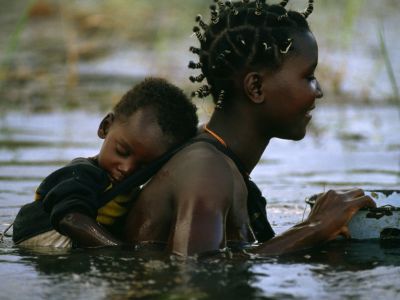 46. Over the years I have learned that motherhood is much like an austere religious order, the joining of which obligates one to relinquish all claims to personal possessions. ~ Nancy Stahl

47. There never was a child so lovely but his mother was glad to get him asleep ~ Ralph Waldo Emerson 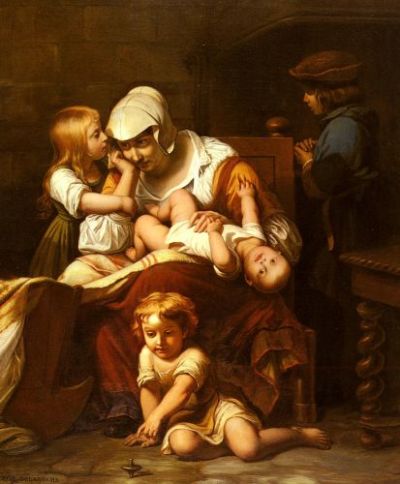 49. A mother is she who can take the place of all others but whose place no one else can take. ~ Cardinal Mermilod

50. A mother’s yearning feels the presence of the cherished child even in the degraded man. ~ George Eliot

51. There are lots of things that you can brush under the carpet about yourself until you’re faced with somebody whose needs won’t be put off. ~ Angela Carter

52. Isidor Isaac Rabi’s mother used to ask him, upon his return from school each day, “Did you ask any good questions today, Isaac?” ~ Steve Chandler

54. Mother love is the fuel that enables a normal human being to do the impossible. ~ Marion C. Garretty

55. A mother is never cocky or proud, because she knows the school principal may call at any minute to report that her child has just driven a motorcycle through the gymnasium. ~ Mary Kay Blakeley

56. It would seem that something which means poverty, disorder and violence every single day should be avoided entirely, but the desire to beget children is a natural urge. ~ Phyllis Diller 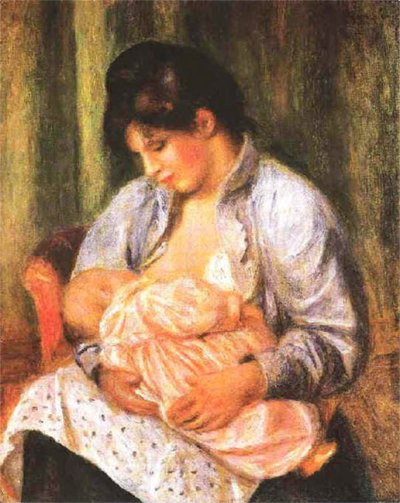 57. Parents often talk about the younger generation as if they didn’t have anything to do with it. ~ Haim Ginott

58. If you want your children to turn out well, spend twice as much time with them, and half as much money. ~ Abigail Van Buren

59. Making a decision to have a child–it’s momentous. It is to decide forever to have your heart go walking around outside your body. ~ Elizabeth Stone 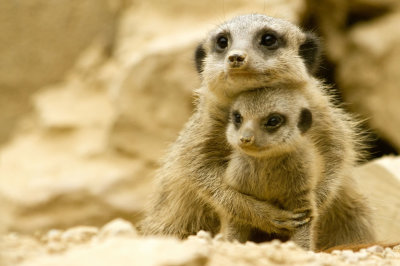 Grammar Queen that I am – terrifyingly so, in fact, so watch your step – I absolutely love this cartoon: 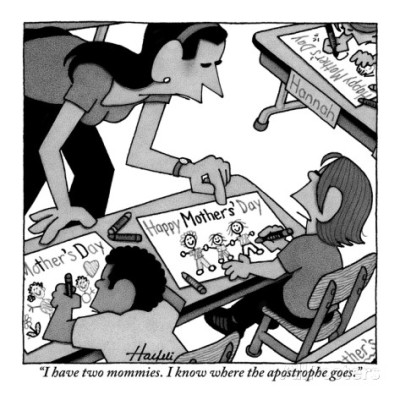 61.  Motherhood: All love begins and ends there. — Robert Browning

62  It’s a funny thing about mothers and fathers. Even when their own child is the most disgusting little blister you could ever imagine, they still think that he or she is wonderful. — Roald Dahl

63.. When you’re in the thick of raising your kids by yourself, you tend to keep a running list of everything you think you’re doing wrong. I recommend taking a lot of family pictures as evidence to the contrary. — Connie Schultz

64.  Kids don’t stay with you if you do it right. It’s the one job where, the better you are, the more surely you won’t be needed in the long run. — Barbara Kingsolver

65.  Being a mother is an attitude, not a biological relation. — Robert A. Heinlein 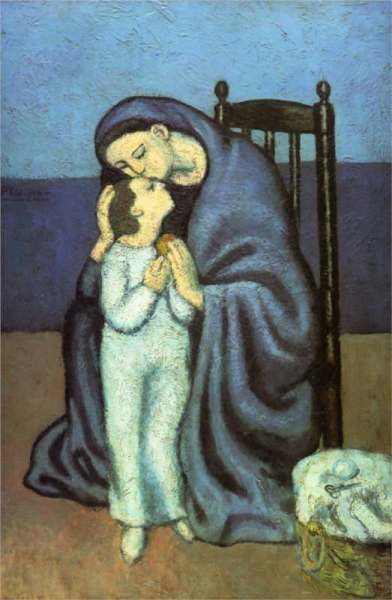 P.S. What’s that she’s saying? She needs to FIND HERSELF? “Find herself” my Aunt Fanny. Grow a pair, and be a parent to your child. He’ll have pals his own age. YOU can “find yourself” after your job is done.

P.P.S. Does anybody else love it when, out in public, a child says “Mama?” and forty women instinctively turn their heads?