Mamacita says:  Old school?  Me?  Yes. Twelve years ago, a former student told me that I should start a blog.  “You’ve got such a lot to say about the world,” he said.  “Who cares what I think about the world?” I replied. “Lots of people would,” he said. 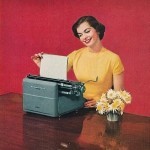 I couldn’t imagine that.  I’m nobody. I wondered if he was right. I guess he was, because I’ve been to conferences all over the country, and spoken to crowds of people, both individually and on panels.  People seem to recognize me even before they see my name tag.  People tell me that such-and-such a post really helped/spoke to them/influenced them, etc.  It’s really, really humbling.  And exciting.  And humbling. Who would have thought it?  Me, with a large readership and people who seemed to like me and take me seriously?  It’s like a dream.  The good kind, that comes true because you never dreamed it would be possible but it really did and you’re in shock and awe and Oz and Wonderland.  And Narnia and Hogwarts.  And the Tardis. And all the people who live in those places.

People trust me to represent their businesses online.  I love doing this, and I appreciate that trust more than words could ever express.

I’ve met so many wonderful people during this journey.  Some of them are still virtual friends, while I’ve met many face-to-face, but I’ve also learned during these twelve years that online friends can be as real as face-to-face friends.  Sure, there are creeps out there, but no more so than the number of creeps at the mall. 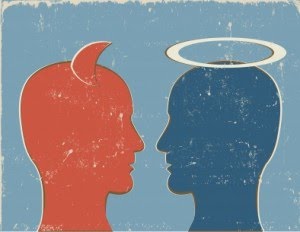 I’ve learned not to be afraid of the world.  The world is actually pretty awesome, and it’s full of cool things and fantastic people.  Sure, there are fiery volcanic pits and treacherous waterfalls and cockroaches and people who lie, cheat, & steal, but there are also rainbows and sunsets and flowers and people who are good, true friends.  The forever kind.  I have also learned, to my intense sorrow, that issues can cause some people to renounce friendship.  I would never do that to a friend, but I know now that there are people who do.

That I would still be here twelve years after beginning this funky little blog is amazing to me, and yet, it’s also unthinkable to abandon it, as many are abandoning blogging for the shorter Twitter and Facebook.  Oh, I’m on those, too, but this blog saved my soul alive twelve years ago, and it’s done nothing but nourish me ever since. I am so grateful to the internet.  Really, I am.  It’s a world that was always there, but we had no way of accessing it easily.  Now, we can travel anywhere, see anything, contact anyone, and work for a business that’s a thousand miles away, in our pajamas, at midnight.

Thank you, dear readers, for making me feel special.  Twelve years is as an eternity in the internet

world, but somehow I don’t feel old when I’m here.  I’m happy when I’m on Scheiss Weekly.  I’m happy reading your comments.  I love visiting YOUR blogs. I love visiting with you on the other social media sites, too, but I don’t think anything could ever completely replace a blog.  In twelve more years, I guess we’ll find out.

Also, I wonder if you really understand the title of this blog.  Scheiss Weekly.  Who speaks German? C’mon.  I tried to get Scheiss Daily, but somebody already owned it.

I was traumatized when I began this blog, and that is not an exaggeration.  Twelve years ago, I was traumatized, and the title reflected that.  I’m fine now, but the title keeps me humble.  And fairly sane, although my children might argue that fact. 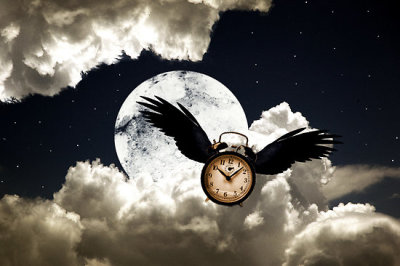 Here’s to twelve more years.  At a time, anyway. A day at a time, and they add up to years.