Mamacita says:  The sun is shining and it’s a beautiful winter day, but the forecast is for heavy snowfall, starting in a few hours.  This is Southern Indiana, where the weather changes on a dime; plus, it just FEELS like potential snow.

The thing is, I love snow, as long as I don’t have to go somewhere in it.  I also worry about my students,  for whom Monday is the first day of a new semester, because I know many of them, even though they’ll be driving in from every direction,  will try to get to campus if class isn’t called off, which by all logical rights, it should be, but, you know, college. Good students are always concerned about missing class.  When they call or email me about unplowed roads and sheets of ice, I tell them to stay home, with full attendance points.  Those who stay home during bad weather without contacting me are no doubt doing the right thing, but without the attendance points.

1. Getting an inch of snow is like winning 10 cents in the lottery. — Bill Watterson

2. Snow and adolescence are the only problems that disappear if you ignore them long enough. — Earl Wilson

3. Cats are smarter than dogs. You can’t get eight cats to pull a sled through snow. — Jeff Valdez

4. Nature has no mercy at all. Nature says, “I’m going to snow. If you have on a bikini and no snowshoes, that’s tough. I am going to snow anyway. — Maya Angelou

5. The first fall of snow is not only an event, it is a magical event. You go to bed in one kind of a world and wake up in another quite different, and if this is not enchantment then where is it to be found? -–J.B. Priestley

6. In any man who dies there dies with him, his first snow and kiss and fight. Not people die but worlds die in them. — Yevgeny Yevtushenko

7. Advice is like snow; the softer it falls, the longer it dwells upon, and the deeper it sinks into, the mind. — Samuel Taylor Coleridge

8. The future lies before you, like paths of pure white snow. Be careful how you tread it, for every step will show. — Unknown

9. The Eskimos had fifty-two names for snow because it was important to them: there ought to be as many for love. — Margaret Atwood

10. The snow doesn’t give a soft white damn whom it touches. — e.e. cummings

11. A snowflake is one of God’s most fragile creations, but look what they can do when they stick together! –Author Unknown

12. Resting on your laurels is as dangerous as resting when you are walking in the snow. You doze off and die in your sleep. — Ludwig Wittgenstein

13. Few things are as democratic as a snowstorm. — Bern Williams

14. The aging process has you firmly in its grasp if you never get the urge to throw a snowball. — Doug Larson

15. Each snowflake in an avalanche pleads not guilty. –Voltaire

17. You are not a beautiful, unique snowflake… This is your life, and it’s ending one minute at a time.
-– Chuck Palahniuk

18. It’s a pity one can’t imagine what one can’t compare to anything. Genius is an African who dreams up snow. — Vladimir Nabokov

19. I seemed to vow to myself that some day I would go to the region of ice and snow and go on and on till I came to one of the poles of the earth, the end of the axis upon which this great round ball turns. — Ernest Shackleton

20. When I no longer thrill to the first snow of the season, I’ll know I’m growing old. — Lady Bird Johnson

22. The snow falls, each flake in its appropriate place. — Zen saying

23. Silently, like thoughts that come and go, the snowflakes fall, each one a gem. — William Hamilton Gibson

25. I think we are bound to, and by, nature. We may want to deny this connection and try to believe we control the external world, but every time there’s a snowstorm or drought, we know our fate is tied to the world around us. — Alice Hoffman

27. When you live in Texas, every single time you see snow it’s magical. — Pamela Ribon

28. Winter must be cold for those with no warm memories. –From the movie An Affair to Remember

29. Everything is equal in the snow: all trees, all lawns, all streets, all rooftops, all cars. Everything is white, white, white, as far as you can see. Covered by snow, the well-kept and neglected lawns look the same. The snow hides the shiny newness of a just-bought car as effectively as it does the rust and dents of a ten-year-old one. Everything looks clean and fresh and unmarred by time or use. Snow, like the silent death it counterfeits, is a great leveler. — Adrienne Ivey 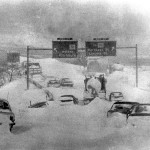 30. Let every man shovel out his own snow and the whole city will be passable. — Ralph Waldo Emerson

31. This dirty puddle used to be pure snow. I walk by it with respect. – Stanislaw Jerzy Lec

32. Laughter is the sun that drives winter from the human face. – Victor Hugo

33. Surely as cometh the Winter, I know
There are Spring violets under the snow. — R. H. Newell

35. February, when the days of winter seem endless and no amount of wistful recollecting can bring back any air of summer. — Shirley Jackson

36. There seems to be so much more winter than we need this year. — Kathleen Norris

37. Begin doing what you want to do now. We are not living in eternity. We have only this moment, sparkling like a star in our hand-and melting like a snowflake… — Francis Bacon

38. Snowflakes, like people, are all different and beautiful, but they can be a nuisance when they lose their identity in a mob. — Unknown

39. Lives are snowflakes – forming patterns we have seen before, as like one another as peas in a pod (and have you ever looked at peas in a pod? I mean, really looked at them? There’s not a chance you’d mistake one for another, after a minute’s close in. . . . — Neil Gaiman

40. We have only this moment, sparkling like a star in our hand … and melting like a snowflake. Let us use it before it is too late. — Marie Beynon Ray

42. Frosty’s not gone for good. You see, he was made out of Christmas snow and Christmas snow can never disappear completely. It sometimes goes away for almost a year at a time and takes the form of spring and summer rain. But you can bet your boots that when a good, jolly December wind kisses it, it will turn into Christmas snow all over again. — from Frosty the Snowman

43. What’s this? There’s white things in the air! What’s this? I can’t believe my eyes, I must be dreaming. . . from Nightmare Before Christmas

44. We are not powerless specks of dust drifting around in the wind, blown by random destiny. We are, each of us, like beautiful snowflakes unique, and born for a specific reason and purpose. — Elizabeth Kubler-Ross

45. I love you because no two snowflakes are alike, and it is possible, if you stand tippy-toe, to walk between the raindrops. — Nikki Giovanni

47. A snowdrift is a beautiful thing – if it doesn’t lie across the path you have to 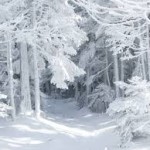 48. Nothing sets a person up more than having something turn out just the way it’s supposed to be, like falling into a Swiss snowdrift and seeing a big dog come up with a little cask of brandy round its neck. — Claud Cockburn

49. We build statues out of snow, and weep to see them melt. — Sir Walter Scott

51. Over the roar of the wind she heard a crackle and snap behind her. She hugged the ground tighter and turned her head. It was one of the posts around the haystack that the wind had snapped off where it went into the ground. The wires were still attached to it, but the wind whipped it high in the murky air, held it there playfully though it quivered like a live thing, and then slapped it back toward the ground. Yes, and the wind would have been just as impervious if it had been a live thing it tossed up and down in the air. . . . that was the bone-chilling thing – the uncaringness of the elements. To the brutal wind Stacy Belford was nothing more than the fence post it had snapped in two. She was at the mercy of a faceless enemy, incapable of mercy. ” . . .”The wind didn’t know or care about me, not any more than a haystack – or the fence post. . .” “I know, I know. I remember when I first felt that way about a blizzard – that it would just as soon freeze me stiff as a board as it would a sack of potatoes.” . . . “And the stars kept right on shining up in the sky. . . I always thought stars were friendly. . . .” — Lenora Mattingly Weber

53.  The snow itself is lonely or, if you prefer, self-sufficient.  There is no other time when the whole world seems composed of one thing only.  — Joseph Wood Krutch

54,  One of the very best reasons for having children is to be reminded of the incomparable joys of a snow day.  — Susan Orlean

55. Snow flurries began to fall and they swirled around people’s legs like house cats. It was magical, this snow globe world. — Sarah Addison Allen

56. . . .there’s just something beautiful about walking on snow that nobody else has walked on. It makes you believe you’re special, even though you know you’re not. ― Carol Rifka Brunt

58. That awful moment when you don’t see your school’s name scrolling across the bottom of the news after a giant snow storm. . . . — Unknown

59. Nature is full of genius, full of the divinity; so that not a snowflake escapes its fashioning hand. — Henry David Thoreau

60. To live anywhere in the world today and be against equality because of race or color, is like living in Alaska and being against snow. — William Faulkner

stifled a sob and staggered on. . . .  — Caroline Cooney, What Child Is This

And so I wait for the wind to pick up, the sunshine to fade, the grey clouds to move in, and the snow to begin.  The grocery store shelves are already stripped bare and the aisles are full of last-minute whiny people in shock because the milk and hamburger are all gone.

Come on, snow. SNOW. It’s winter, and it’s your time to shine. You don’t want to miss your cue and end up on stage in April, do you? Well, no offense, but I really don’t want to see you then. I want to see you NOW. Let nature’s wild rumpus begin.  I bought milk and bread and toilet paper and hamburger yesterday.  I’m ready.