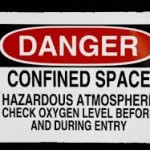 Mamacita says: Have you ever wondered what teachers talk about in the lounge?

It depends on who’s in there and what time of day it is, of course, but the conversation really doesn’t vary much from building to building, or even from level to level.  School problems are pretty much universal.  It’s education problems that differ.

Here are some conversations I have heard with my own ears.  Some of them I have participated in.  As to those, I have since learned the error of my ways, or discovered that I was a lone voice of reason, found out that I was an ass,  or learned that maybe I knew more than I thought I did.  Sometimes, I didn’t know where I stood on an issue until many years down the road.  Remember, too, that a lounge is free therapy for frustrated professionals who might vent more harshly than they really feel.

1.  “The mother from Hell is in the hall.  Everybody beware.”

4.  “Does anybody have any spare copy paper?”

6.  “I hate kids.”  (said by our gym teacher at the beginning of every lunch period.)

8.  “I hate it when they ask me questions I can’t answer. It makes me feel stupid.”

9.  “I love it when they ask me questions I can’t answer.  It makes me feel like I’m doing something right.”

11. “The coach refused to help chaperone the dance again.  He’ll expect us to volunteer at his game, though.”

15. “I wish we could catch the kids who are bullying the Reading Room kids.”

16. “I’m sick of being forced to make exceptions for kids who refuse to do any work at all.”

19. “Listen, that kid’s supposed to start tonight, and I don’t want any of you to put him on the bench because of your stupid class.”

20. “She got right in my face and DEMANDED that her daughter be put on the cheerleader squad even though they were still in Cancun during tryouts.”

21. “That kid simply cannot sit still, so I assigned him two seats.  Worked like a charm.”

22. “I wish I could take that kid home with me so he’d get a decent meal and some new clothes all his own.” 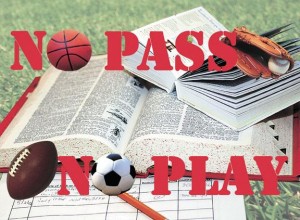 25. “It’s so unfair that the good kids have to put up with the constant disruptions and touching of that ____ kid.”

Some of these are fightin’ words, some are proof that good people are trying hard,  and a few are proof that there are people in our classrooms that don’t belong there.

The best way to change the bad things, or keep the good things the same, is to get involved and stay involved.  Just because your kid is in middle school now doesn’t mean your job as involved parent is done.

Another piece of advice from me to you:  Let your child know you love him/her unconditionally, but do NOT step between that beloved child and the consequences of his/her own choices or actions.  Your child must learn that he/she is responsible for consequences; that’s how people learn to

make better choices.  So back off.

The backing off and watching consequences fall is really, really hard.  And more valuable than bitcoins.

Remember, too, that consequences work both ways.  Good choices and positive actions have good, positive consequences.

‘Till next time, eavesdroppers.