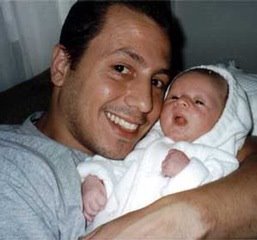 Craig Damian Lilore was one of those men that everyone just simply adored. He was outgoing and friendly, a sweet and sensitive man who would give a stranger the shirt off his back. Craig was the person everybody wanted on their team, the man every woman wanted to marry, or wanted her daughter to marry. He was a handsome man with a movie-star smile; a real charmer.

Caroline Cedola was that lucky woman who married him. Craig called her his ‘true love and best friend.’

Caroline Lilore has been quoted as saying that her husband didn’t just drink in life, he gulped it down. At Montclair Kimberley Academy he had been co-captain of the football team, as well as a varsity baseball player. He was an excellent golfer, and that last summer before September 11, he was shooting a 79 on the course.

Craig loved sports. As an adult, he not only played golf, but also skied, both on water and on the snowy slopes. He was a near-fanatic when it came to football, and adored the Super Bowl and all the hoopla that went with it.

Craig loved the occasional weekend with the guys, too. His brother-in-law Rick usually went with him. Caroline said that Craig loved to go to Las Vegas, although he wasn’t a big gambler. Vegas was Disneyland for adults, and Craig loved it all. He had kept his child’s heart.

Craig was no stereotypical helpless father, either. Craig was a REAL father, the kind who gets up in the night, and who does his fair share of dealing with poopy diapers and vomit.

Craig was often seen sitting in the rocking chair, a sleeping Joseph in his arms, still murmuring love-babble or humming lullabies. Caroline commented more than once that Craig was a wonderful father, and had her vote for ‘father of the year.’ Having a son was the biggest thrill of his life, she said. He couldn’t wait for Joseph to be old enough to learn some of the things his father wanted so badly for them to do together.

His love for his wife Caroline awed those who knew the couple. Craig was a sweet romantic man, who liked to plan outings for just the two of them. He was a firm believer in marriage, and in a romantic marriage at that.

Craig and Caroline had been married for two wonderful years. They had bought a house, and Craig spent long hours remodeling and improving it.

When even a man’s mother-in-law describes him as “always pleasant, always upbeat,” well, that’s pretty much how his whole world viewed him.

Craig worked for Cantor Fitzgerald, on the 104th floor of Tower One. He was a lawyer, a 1998 graduate of the New York Law School. He had big plans for his career with Cantor Fitzgerald, most of which concerned making money. Not money to hoard, or money to gamble, or money to buy things for himself, but money so Caroline and Joseph and he could do more of the things they loved, and money to assure Caroline and Joseph the things they needed. As an institutional stock trader for Cantor, he was highly respected among his peers and bosses alike.

On the morning of September 11, 2001, Craig Lilore kissed his wife and son goodbye and went to work, as he had done every morning for two years. Two hours later he was gone. Craig Lilore, with his sweet smile, romantic heart, khakis, untucked shirt, his love for his wife and son apparent in every move he made, was gone. He was thirty years old.

To Caroline and to Joseph, my sincere condolences.